The Department of Historical and Heritage Studies was extremely proud to see three of its students being conferred their doctorates at the Spring Graduation Ceremony. The three students were all supervised by Professor Alois Mlambo, Head of the Department.

In addition to the above students at the April graduation,  Sean Maliehe, an international student from Lesotho, also graduated with a doctorate, the thesis is titled "A History of indigenously-owned Business in Post-colonial Lesotho: Politics, Constrains, Marginalisation and Survival, 1966-2012". Maliehe was also supervised by Professor Mlambo.

This makes a total of four PhDs in a single year. Our congratulations to the students and to Professor Mlambo. 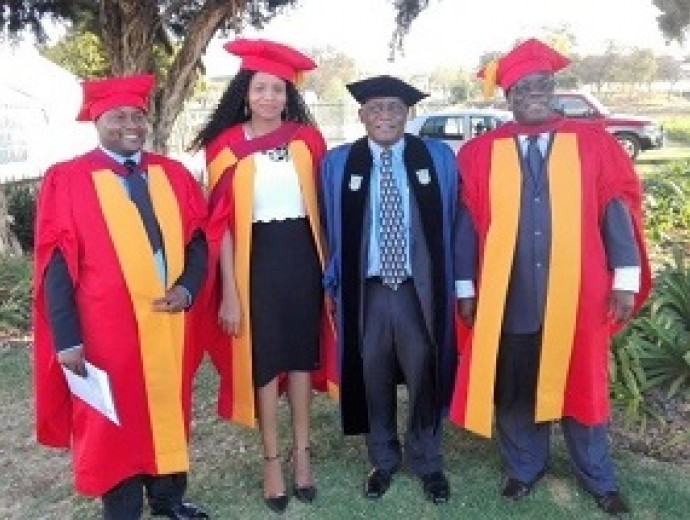