South Africa has huge ‘green fuels’ potential. But it needs to act now

South Africa needs to seriously start thinking about shifting its energy focus. This is for two reasons.

The first is that the country’s important exports – coal and platinum – face potential collapse with the imminent shift of global energy markets. A number of factors are driving this.

The move away from vehicles powered by petrol and diesel to ones powered by electric batteries is gathering pace. Two thirds of the demand for platinum depends on combustion engines where it is used for the hardening of spark plug tips and in vehicle exhaust auto-catalysts.

The second major reason that the country needs to refocus its energy situation is there’s a major switch from coal to renewables underway in the world. And South Africa itself can’t continue its current levels of dependency on coal. South Africa is the 14th largest emitter of carbon dioxide, and on a per capita basis, the 10th largest emitter. It leads the pack in Africa, and already faces considerable environmental issues in Mpumalanga, where state energy provider Eskom’s coal fired power stations and Sasol’s coal-to-liquid plant are located.

Sasol and Eskom account for more than 50% of the country’s carbon emissions.

It can address both these challenges by pursuing a feasible solution waiting to be exploited. The country could make use of its natural comparative advantages in wind and solar power to generate electricity. By linking these accessible resources to technologies such as Fischer-Tropsch, it’s in an ideal position to open another chapter in export-led economic development.

The Fischer-Tropsch technology was developed to exploit coal by converting the mixture of carbon monoxide and hydrogen – produced by heating coal at high temperature in a process known as gasification – to liquid fuels. The process was introduced into South Africa in the 1950s to reduce the country’s reliance on imported oil. Sasol is now a global leader in the technology and has more experience than any other company in the conversion of hydrocarbon gas to liquid fuels.

South Africa can use its supply of solar and wind to produce hydrogen from water in a process known as hydrolysis. A cheap and reliable source of hydrogen is essential for the production of green fuels. To date, this technology has been too expensive. But advances in fuel cells have made large-scale hydrogen production cheaper and more accessible. More importantly, if the hydrogen is made with renewable energy, it is a “green” feedstock.

The green hydrogen can then be combined with carbon, captured from existing flue gas or from the air, to make liquid fuels and petrochemicals using Fischer-Tropsch technology. The present Sasol technology relies on coal as the source of carbon and is unsustainable. The possible innovation – which South Africa is in a prime position to exploit – will be to combine green carbon with green hydrogen to make liquid fuel.

There are substantial export opportunities for such “green” fuels and petrochemicals. This market could generate export revenue to replace lost revenues from declining coal and platinum exports.

The hydrogen step undertaken with fuel cells would create local demand for platinum because the metal is used as the catalyst in hydrogen fuel cells. In addition, the renewable power stations could provide cheap power to supplement Eskom’s constrained supply.

These new industries would have two knock-on effects: they would create jobs and the would move the country towards zero carbon emissions. 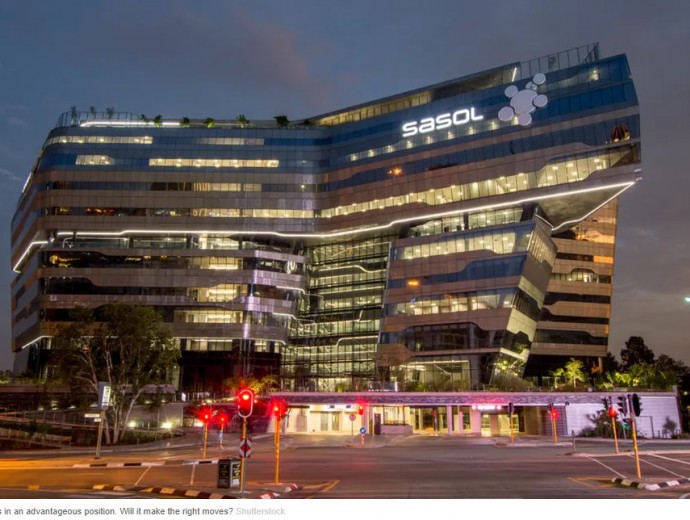