Lebogang Mokgalaka is a second-year Bachelor of Education student at the University of Pretoria. She originally hails from a small village in Limpopo known as Ga-Malebogo, however, she relocated to Ivory Park in Tembisa with her mother, primarily, because of the better opportunities that are available in Gauteng.

Mokgalaka told House Education that she started her modelling career in 2019 immediately after her final matric examinations, she adds that one of the reasons why she started modelling was to boost her self-confidence. “I was bullied in high school, and later I revealed that I want to make a difference in my community through modelling, another reason was that I lost my brother in 2019 and modelling was my way of honouring his memory as he truly wanted me to succeed as a model” she said.

“Being in the modelling industry is very hard. I have to go through difficult voting processes and trust me it is never easy” said Mokgalaka. In one of the current pageants that she is contesting, Mokgalaka has to wake up in the early hours of the morning almost every day to visit malls and shopping centres with the hopes of getting people to vote for her. “Some days are good, and some days are bad – it is very difficult for me because I never know what the day holds for me”. She adds that some people can be very rude when she approaches them for votes, especially where money is required.

Through God’s will, I made it to the top 15 of the Miss Municipalities South Africa pageant” Mokgalaka said.

“I can’t really remember how many pageants I have entered thus far; I have lost count really (she says laughingly)”. Mokgalaka remembers entering for the Miss. Teen, Miss Fuppin Games, UP RAG and Miss. South Africa pageants. “I could literally count all the pageants that I have competed in the whole day” she concludes.

She explains that at the time when she entered the Miss South Africa pageant, she said to herself “Lebogang, you are literally crazy for doing that (laughs).” She added further that she is thankful to God for allowing her to wake up on that day to enter Miss South Africa. “I am proud of how far I felt afterwards. On the first day after the results, I felt bad, and stupid asking myself what I was thinking.” She adds further that  she went back to God to ask what was happening and the answer she received was a verse in the books of Isaiah 60:22, it reads “I the Lord shall make it happen when the time is right.”

When House Education asked her how she balances her studies and her modelling, she explained that time management is important for her, and that is why she only enters pageants at specific times. “During recess, I enter pageants, and during the semester – I focus on my academic responsibilities” she adds. Mokgalaka explains that the workshops offered by the Faculty Student Advisor assisted he a lot with time management skills, therefore she encourages students to attend these workshops.

The Miss Municipalities South Africa top 15 model encourages young people and teenagers in school  that they should speak out about bullying as and when I happen to them.

She adds further that she is excited to make the UP-community, Tshwane, and everyone back in her hometown proud. “Even if we don’t get the crown, a UP student would have impacted lives through this national pageant” she added.

Mokgalaka urges members of the University of Pretoria community to pledge their support by voting for her in the Miss. Municipalities South Africa competition.

How to vote for Lebogang Mokgalaka: 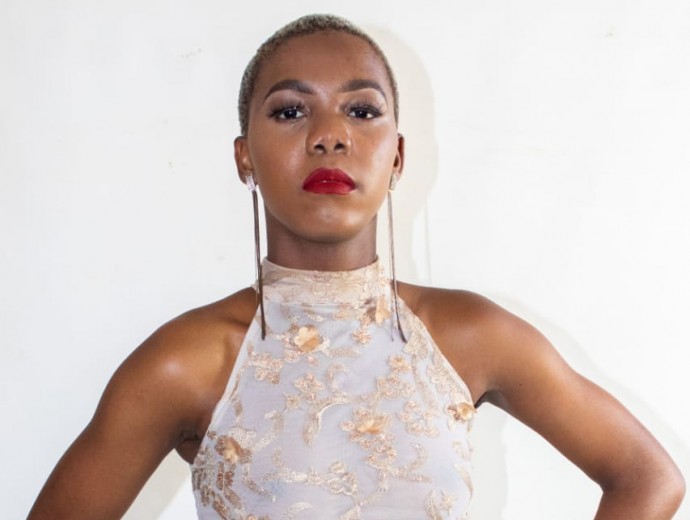