Adverse Childhood Experiences (ACEs) and child abuse do not receive the necessary attention and assessment they require from society today.

This was the collective view of experts from the USA and South Africa at a recent colloquium hosted by the University of Pretoria’s (UP) Department of Early Childhood Education, in collaboration with the Academy on Violence and Abuse (AVA) and Zero Abuse Project National Child Protection Training Centre, both from the USA.

South Africa has one of the highest levels of violence in the world. Statistics indicate that one in three girls and one in five boys are sexually abused before the age of 13. Projections indicate that every eight minutes a child is molested and every 24 minutes a child is raped in South Africa. In comparison, AVA says the rates of childhood violence in the USA are also startling, with two out of three adults experiencing some form of violence and abuse during childhood.

A theme that ran throughout the colloquium was that childhood trauma does not disappear once a child grows up. ACEs affect an adult’s health status and behaviour. These experiences can have serious impacts socially, medically and economically on the individual and a nation if not addressed. Dr Victor Vieth, 2018 President of AVA and founder of the Zero Abuse Project, said ACEs include emotional and physical abuse, contact sexual abuse, family violence and physical and emotional neglect.

“Very often, if someone endured one form of abuse, there is a strong chance other forms of abuse also took place in that person’s life,” he said.

Dr Vieth and his colleagues’ research shows that ACEs increase the risk of illness in adult life, psychological disorders such as depression and addiction, as well as cancer and heart disease. Reports in the US indicate that ACEs in children are common and these experiences are linked to almost every chronic illness and social problem that the country grapples with today. There is also a link between people who were sexually victimised as children becoming sexual offenders themselves.

In his keynote address, Dr Vieth identified the need for greater awareness of ACEs, but also an imperative need for better assessments of ACEs among healthcare professionals as well as teachers and the police.

“A mental shift needs to take place when dealing with both children and adults, from ‘What’s wrong with the person?’ to ‘What happened to the person?’ Understanding the trauma history of a person is important in identifying and addressing the real issues, preventing adverse effects of violence and abuse on themselves and others, as well as finding appropriate treatment plans,” he said.

Professor Christiaan Bezuidenhout of the UP Department of Social Work and Criminology echoed the importance of understanding the background in cases of abnormal sexual behaviour and the sexual abuse of children.

“Sexual abuse of children in South Africa is very worrying and not taken seriously enough in homes, schools and communities,” he said adding that these crimes often go unreported for fear of retaliation or ridicule.

He said acts such as bullying should not be shrugged off as something a child would grow out of. Sexual peer pressure is also increasing in schools and with increased accessibility to technology, children are being exposed to pornography more regularly. All these experiences have very damaging effects on a child’s development and can have dangerous consequences in the future.

Research from the AVA shows that childhood exposure to violence and abuse disrupts neurodevelopment and alters lifelong brain structure and function.

These effects and consequences need to be addressed timeously through adequate systems in order to mitigate the risks. Bronwynn Stollarz from LS Threat Management reiterated the importance of threat assessment, particularly in the context of youth violence in South Africa.

“Youth violence is almost always a result of an internal motivation, such as a background of child abuse or emotional neglect.” Stollarz said threat assessment in the context of youth violence in South Africa was still relatively unknown. However, it can be critical in early detection and early intervention in concerning cases. Proper systems that address the ACEs and trauma history are necessary. This requires a multidisciplinary collaborative approach.

Dr Vieth added that universities across the USA were failing to adequately teach about ACEs, while there was a gap in learning how to help those who have endured abuse.

ACE is one of the most important research areas in medical history, comparing current adult health status to childhood experiences decades earlier, said Dr Vieth. Because of the many impacts and effects of these experiences, incorporating abuse education into multidisciplinary healthcare training is vital.

One of the anticipated outcomes of the colloquium is for the AVA and UP to develop a collaborative project through which local research can be conducted, as well as training guidelines to effectively address this issue. 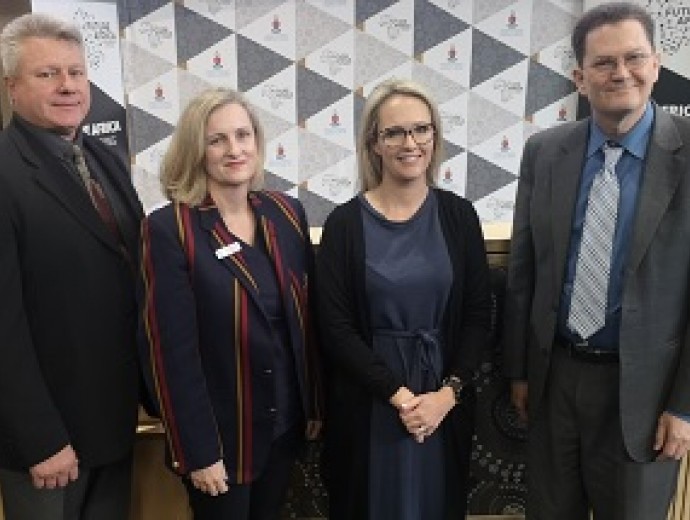