Linette in the Marvelous Carmen

The very well-known opera, Carmen, will be fully-staged and will feature the Pretoria Symphony Orchestra and the Armonia Theatre Chorus, under the baton of Schalk van der Merwe. Mezzo-soprano, Linette van der Merwe, from our Department of Humanities Education, stars as the strong-willed and seductive gypsy who destroys the naïve, lovesick soldier, Don José. José is played by Stéfan Louw, well-known tenor on opera stages in South Africa and abroad.

Mr van der Merwe is busy with his Master’s degree in Music. He is one of South Africa’s ambitious, up-and-coming conductors.

Carmen features a local and international cast with both seasoned, and young and up‑and‑coming opera singers.

In other leading roles, baritone Christian Bester, who has resided in the USA since 2006, will return to his home country for the role of the dashing bullfighter, Escamillio; and sopranos Lauren Dasappa, from Cape Town, and Marina Botha-Spies, alumnus of the Department of Music, will share the role of Don José’s sweetheart, Micaela. In the roles of Carmen’s gypsy friends, soprano Ailyn Nienaber, doing her Master’s degree in Music at UP, will star as Fraisquita, and visiting American soprano, Loralee Songer, will star as Mercédez.

Tenors Chris Mostert; Walter Fourie, an alumnus of UP; and Lourens de Jager, an alumnus of the Faculty of Education who is busy with his Bachelor’s degree in Music, will be seen in the roles of Remendado, Dancairo, and Morales. 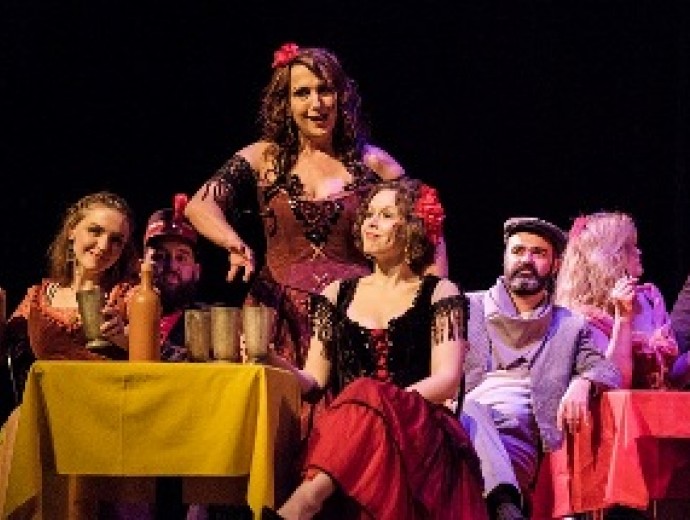 Linette in the Marvelous Carmen