Ms Cherese Jones, Lecturer in the Department of Humanities Education in Sport Management and Human Movement Studies, represents TuksAthletics Club internationally in the 60-metre event and has recently been crowned the provincial champion in the 100‑metre event.

Ms Jones participated in the 2018 European indoor circuit which included countries such as France, Slovakia, and Austria. Her vision is to participate in the World Indoor Championships in 2020. South Africa does not have any indoor track and field facilities as it is deemed unnecessary due to our warm weather.

The 60m event is a highly-specialised event as one should focus on quick acceleration out of the starting blocks, and on powerful and explosive running over the very short distance. Ms Jones trains for more or less 22 hours per week, under the guidance of the sprinting guru, Werner Prinsloo. Her training group includes other top sprinters the likes of Akani Simbine (100m male SA record holder) which helps her to be one of the Top Ten 100-metre female sprinters in South Africa.

Her next competition will be the African Championships in Nigeria, where she hopes to be included in the National 100-metre relay team. She has been a member of the TuksAthletics Club since 2004 and is a member of the Gauteng-North Provincial team.

Ms Jones is also busy with her doctoral studies at the University of Johannesburg, with a thesis entitled, ‘Values as education tools for Physical Education’, which focuses on Olympism and the incorporation of these values in the PE curriculum of South Africa.

At school Ms Jones played hockey and netball, and participated in various track and field athletics, but it was only when she began to study at the University of Pretoria in 2004 that she specialised in sprinting. 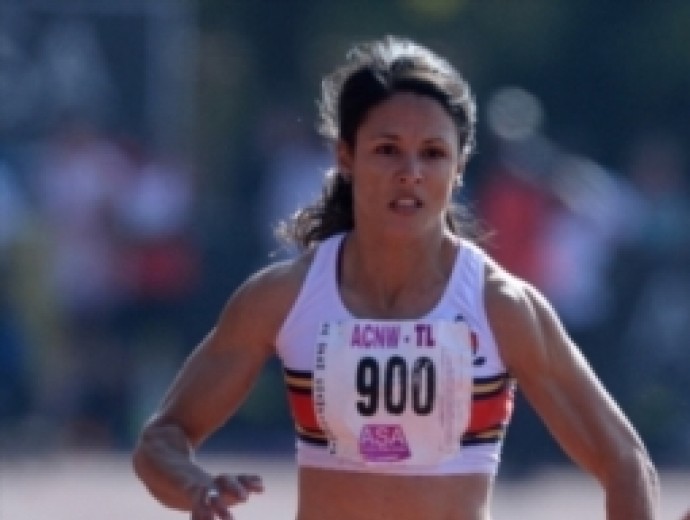