A life dedicated to helping people find their life's purpose

Deriving inspiration from his own childhood experiences, Prof Kobus Maree of the Department of Educational Psychology at the University of Pretoria (UP) has made it his life's work to help people find their life's purpose. He is a world-renowned researcher and educational psychologist, is cited by acclaimed researchers in the field and is generally acknowledged as one of the leading global experts in the area of career counselling.

When he took up his post at the University of Pretoria, Prof Maree set out to develop a career counselling strategy that would benefit all people, irrespective of their colour, creed, socio-economic situation or geographic location. His work contributed to the rather drastic shift from the traditional, 'positivist' style of career counselling (which entails conducting tests and, based on the results, telling the person what they should pursue), to an integrated, qualitative and quantitative style of administering career counselling. His strategy is premised on the belief that it is essential to elicit people's career-life stories and identify their major life themes and to enable them to draw on these during career counselling.

Prof Maree has built upon the pioneering work of Mark Savickas, of whom he says: 'He is my personal role-model and career counselling's most eminent scholar, a man who single-handedly reshaped the face of career psychology, and the single biggest influence in my career and life.' Prof Maree explains that people's earliest recollections are used to elicit their central life themes and that these life themes co-determine what they need to do to 'actively master what they have passively suffered (especially in their early years)' (Savickas). The themes, which identify the 'original' pain in people's lives, develop from early childhood experiences and it is the job of career counsellors to help clients turn their pain into hope and social contributions. Examples of life themes include a desire to help people who are vulnerable, a desire to look after sick people, a desire to defend people who are being bullied, or even a desire to be very wealthy (although this particular desire often stems from feelings of insecurity). Unfailingly, people are astonished when they learn more about themselves, or discover who they are, based on their own account of their early recollections. Once you gain the trust of the person, you can proceed to identifying the themes that recur in their lives.

Prof Maree has dedicated 30 years to designing an integrated strategy that combines both qualitative and quantitative instruments to help people elicit their own interests and their central life themes in a relatively short time. What sets Prof Maree's work apart from that of previous researchers is that he is one of a small band of researchers who have successfully designed an integrated approach to career counselling by merging the 'results' from quantitative instruments with the subjective data elicited using qualitative assessment strategies.

If the quantitative 'results' confirm and are confirmed by the life themes yielded by qualitative 'assessment', Prof Maree is satisfied that an optimal outcome has been achieved. Based on these results, his instruments are able not only to facilitate the process of finding appropriate careers for people but, more importantly nowadays, to help them become employable.

Prof Maree's quantitative career counselling instrument (a psychological test), the Maree Career Matrix or MCM, is listed with the South African Professional Board for Psychology as a psychological test that can be used by registered counsellors, psychometrists and psychologists, provided that the constructs used are within their scope of practice. His Career Interest Profile or CIP (a qualitative or narrative instrument and associated strategy) is used in conjunction with the MCM. The CIP is not a 'test' – rather, it focusses on people's 'subjective' aspects and is therefore used to enable people to narrate their own career-life stories. The CIP has been translated into other languages and is used extensively abroad.

A major driving force behind Prof Maree's work, and perhaps his own central life theme, is his desire to facilitate social justice. Poverty and injustice are issues that are close to his heart. Being able to use his expertise to empower people and help them realise their dreams has been a life-long commitment. Prof Maree notes that about 90% of all his research has been conducted in townships and rural schools, and he describes these visits as the most revealing and rewarding experiences of his life. He continues to refine his instruments by testing them in regions that are challenged by major disadvantages (in South Africa and elsewhere in Africa). 'If the approach works where people are struggling with a shortage of resources, language barriers and other constraints, then I know it will work everywhere else,' he says.

Prof Maree's integrated approach is not only unique, but also reliable and valid, in that, unlike traditional career counselling tests, it allows individuals to narrate their stories, listen to themselves and draw upon these stories to make their own deductions and conclusions about themselves. People are no longer assessed to determine how similar they are to others – quite the opposite, in fact. Assessment is aimed at discovering the individuality and uniqueness of clients. Prof Maree says that he never tells a person who they are, but rather, through the questions he asks, enables them to reflect on their own answers (reflections). Reflexivity is the term he uses to describe the process whereby individuals reflect on and utilise their own reflections to plan a better future. It allows them to listen to themselves and find out what will make them happy and successful. 'I believe that unless we make social contributions, we are not doing what we are supposed to be doing with our lives. Everything I do revolves around the principle: if it does not mean something to someone else, it is not worthwhile,' he says.

Prof Maree has helped countless people realise what they would like to do with their lives. His instruments are suitable for all people at points of transition, such as Grade 9 learners who need to make subject choices, Grade 11 and 12 learners who need to make career choices with a view to tertiary studies, first-year students who are not enjoying their study choices, other students who feel uncertain about whether they are pursuing an appropriate field of study, and working (or unemployed) people  of virtually any age who do not feel satisfied or content. Prof Maree says that he has learned a great deal from asking workers in humble positions (such as waiters, office cleaners, newspaper vendors and domestic workers) about the aspects of their work that they enjoy and those that they dislike, and what they really want to do in life. Their answers routinely reveal some of their reasons for not doing (or not being able or allowed to do) what they really want to do, such as becoming social workers, teachers, medical doctors or engineers.

Prof Maree's contributions have resulted in his being selected to serve on the UNESCO Chair that strives to facilitate the goal of decent work for all people across the globe. Decent work means that everybody should have certain non-negotiable rights at work, social protection and access to jobs where these are promoted and accommodated. Prof Maree works tirelessly to facilitate decent work in South Africa, but notes that corruption is a major obstacle that hinders it in this country.

Prof Maree holds a B rating from the National Research Foundation (NRF), the highest rating of any researcher in the Faculty of Education at UP. He also runs his own private practice, where he uses his instruments (in conjunction with others) to apply in practice what he developed in theory. 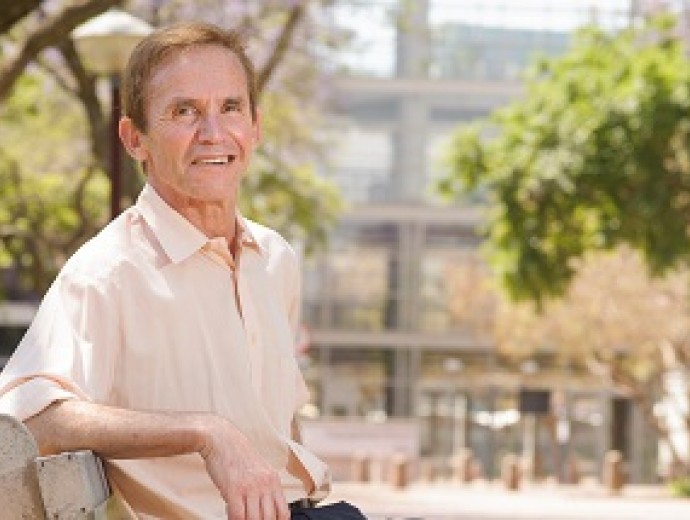