The initial groundwork for the current collaboration started during meetings of the two deans of Education in 2013. Dr Fern Snart, dean of Education at Alberta, hosted Prof Irma Eloff, Dean of Education at Pretoria in Edmonton, Canada. During the discussions it emerged that the two faculties had similar areas of strength in particular areas of research in education – ranging from Mathematics education, literacy, indigenous knowledge and social justice education. The two faculties are also similar in size and share remarkably similar histories, spanning back decades.

During the signing of the MoU, Prof Irma Eloff expressed the hope that the collaboration between the two faculties of Education will also be broadened to include other fields at the institutions, e.g. the faculties of Engineering, Economics and Management sciences, Theology and Health Sciences. The MoU was signed at an institutional (university) level. 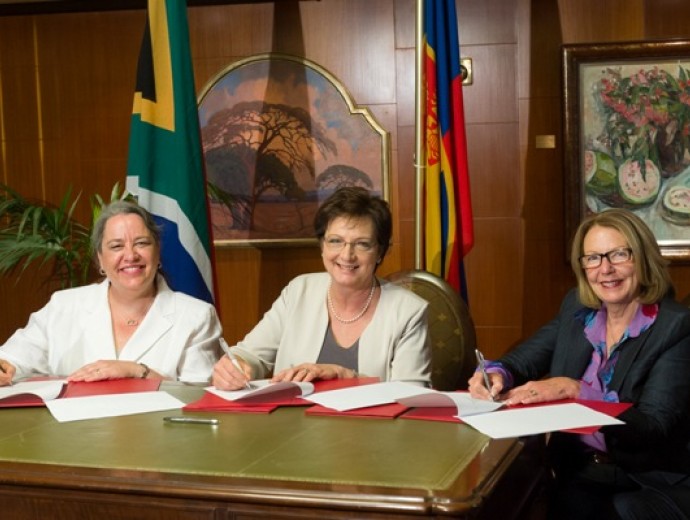