Enhancing the Freedom to Flourish in Higher Education: Participation, equality and capabilities by Dr Talita Calitz from the Department of Education Management and Policy Studies, and Poetic Bodies and Corpses of War: South African Great War poetry by Dr Gerhard Genis from the Department of Humanities Education, were launched at an event on campus.

Dr Talita Calitz is a Lecturer at the Department of Education Management and Policy Studies in the Faculty of Education.

Enhancing the Freedom to Flourish in Higher Education explores the insight that student narratives can offer to the debate surrounding the complex reasons why some students flourish at university while others are marginalised socially and academically. Proposing a new model of equal participation that draws not only on international comparisons, but is embedded in the experiences of students, the book offers practical suggestions on how to enhance opportunities for equal participation.

Using South Africa as a case study, the book tracks the experiences of eight undergraduate students whose narratives illuminate the structural inequalities affecting participation in higher education. Despite the political, economic, and academic factors that lead to diminished participation, the book foregrounds the resources that students used to negotiate obstacles, and grounds these individual narratives in broader global debates around justice, widening participation, and equality in higher education.

Enhancing the Freedom to Flourish in Higher Education brings critical social theory to the problem of unequal participation so as to challenge the invisible and implicit forms of inequality found within student narratives. It will appeal to lecturers and tutors, practitioners based in student affairs, and policy makers, as well as to postgraduate students.

Dr Gerhard Genis teaches English methodology and literacies in the Department of Humanities Education. Poetic Bodies and Corpses of War: South African Great War poetry reveals not only the types of poetry that were written during the war, but also the historical spirit of the times. It mirrors the ways in which manliness, whiteness, blackness, colonialism, and empire were viewed during early 20th-century South Africa.

The poems also go to the heart of the spiritualism of the era and thematically explore the nature of death, dying, suffering, and sacrifice. The post-war poetry that looks back on this conflict is also discussed.

The poetry written by blacks resonates with the themes of black self-affirmation, and it exhibits early signs of black nationalism. What all the poetry has in common is the major theme of coming to terms with loss. It speaks of a collective South African consciousness that resides deep within the wounds of conflict. 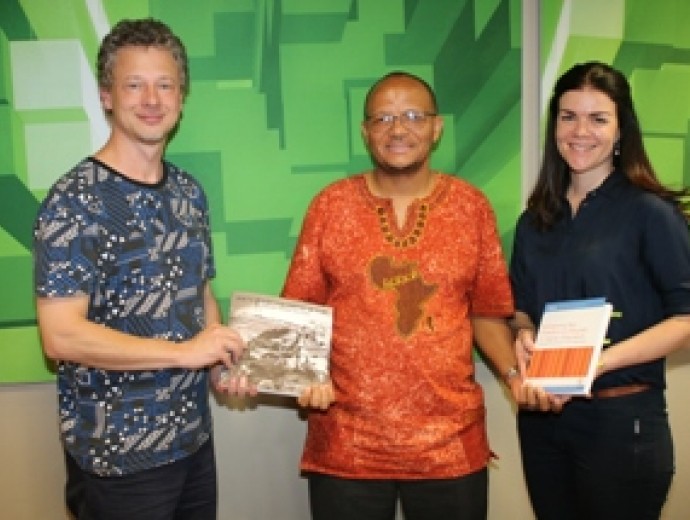