‘There is no short cut to success,’ says UP’s top economics researcher

Prof Rangan Gupta has been named best researcher in the Faculty of Economic and Management Sciences (EMS) for seven consecutive years since 2014. Last year, he scooped his seventh Best Researcher Award at the Faculty’s annual year-end celebration.

Prof Gupta joined the University of Pretoria (UP) in 2005 as a senior lecturer in the Department of Economics and has since established himself as a top economics researcher with an impressive publication record. He has been described as a prolific researcher by his colleagues. Since 2017, he has published an average of 70 journal articles a year. In 2021, he published 74 journal articles and supervised two honours students, one master’s and one PhD student to completion. To date, he has supervised over 60 postgraduate students including 19 at PhD level. Asked about what motivates his work ethic, he says he is fueled by his inquisitive mind and his passion to conduct research with social impact.

“I just love doing research, asking questions and looking for answers. With economics not being a lab-focused discipline, I need to ensure that the research that I do adds value not only to the discipline, but also possibly to economic agents such as policy makers and investors,” says Prof Gupta.

He finds the subject matter intriguing because everything in society has an impact on economics. “To be honest, every decision in our day to day life involves economics. I guess what makes it most intriguing is that it is so closely tied to human behaviour and everyday events.”

Economics has not always been Gupta’s first choice. He initially wanted to pursue an undergraduate degree in Physics, but his father convinced him otherwise, he says.

“I actually wanted to study Physics for my undergraduate degree, but my father told me that this would mean spending hours in the lab until late in the evening, and I would therefore not be able to play cricket during weekdays. Economics was then the next best option, as I had studied a bit of it in school and found it quite interesting.”

Aside from spending hours towards knowledge production in economics, he is a huge sports fanatic. He enjoys watching cricket, football, tennis and rugby during his spare time and going on family vacations to explore “the beautiful wilderness in South Africa”. Despite his academic achievements, he still has other ambitions. Having grown up playing cricket, his love for the sport has not diminished as he still aspires to be a cricket umpire or commentator one day.

As a thriving and exceptional researcher in the field of economics, with a family and other interests and hobbies, time is a precious commodity for Prof Gupta. He tries to strike a perfect balance between work and family life to ensure he continues being a doting father and husband. One of the things that has made this task easy for him is his international collaborations.

“I have great international collaborators, so we are able to share our responsibilities in a paper, which helps save a lot of time (especially when we are at different time zones) compared to when you are working on your own. This also improves the quality of the paper. My wife is an academic herself, so that helps. But for me family comes first, so finding time for family is never an issue for me,” he says.

Although he has made a name for himself as an outstanding economics researcher, he is always in constant pursuit to unlock new areas of knowledge. He believes that as a researcher you cannot stop learning. “I am just trying to be the best version of myself, which leads me to explore new areas of research and seek international collaboration in the process,” he says.

He learnt early in his academic career, while completing his PhD in economics from the University of Connecticut, that “there is no short cut to success”. “In other words, there is no substitute for hard work. I think it is important to know one's limitations, and given that, make the best of one's potential, that is optimise subject to constraints,” Prof Gupta adds.

His advice to emerging researchers or aspiring academics is: “Do whatever you want to, but do not get into a rat-race, and seek a mentor. Having a mentor helps a lot in shaping one's academic career. I was lucky to be able to find one or more at different stages of my life,” he says. 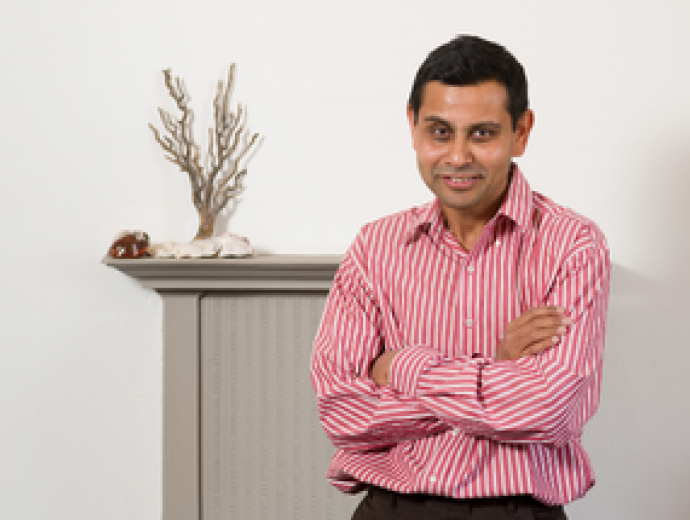