Dr Carolyn Chisadza, a senior lecturer in the Department of Economics at the University of Pretoria, has been awarded the 2020 J.J.I. Middleton Medal by the Economic Society of South Africa (ESSA). This annual award is presented to a young researcher for their first article published in the South African Journal of Economics (SAJE) over the preceding annual cycle of the journal.
Her winning paper, titled 'Leaders and Tenures in sub-Saharan Africa', examines the determinants that are associated with presidents' tenures, particularly those factors that contribute to extended tenures – a phenomenon that is all too common in Africa.
Leaders’ extended tenures have effects on economic growth, political institutions and conflict, yet according to Dr Chisadza, very little research attention has been given to the determinants that may contribute to long tenures. “Without being cognisant of these underlying factors, any efforts aimed at limiting tenures to progress economic development and democratic institutions will have little effect, as evidenced by several leaders’ attempts to subvert constitutional laws in this regard,” she explained.
In the paper, she states that “the preliminary results suggest that at an individual level, the leader’s age, political career and rebel experience increase the likelihood of extended tenure, while the leader’s education reduces the probability of extended tenure.” She goes on to say that at a country level, the country’s wealth is likely to increase tenures, while increased conflict and strong institutions decrease a leader’s tenure.
The results of Dr Chisadza’s research also indicate that maintaining strong institutions is integral in ensuring that leaders stay accountable when in power, eliminating any loophole for leaders to extend their terms beyond stated mandates. “The spill-over effects of upholding term constitutions is that we will not have leaders as old as 90 still holding on to power with minimal contribution to economic development of the country, (and) young leaders with new ideas will be given an opportunity to make changes that can progress economic development,” she said.
She received news of her achievement from Prof Steve Koch, Managing Editor of SAJE and Head of the Department of Economics at UP, who said: “Given the strength of the rival papers, this is a considerable achievement. May I, therefore, take this opportunity to pass on my congratulations.”
Dr Chisadza’s research interests include economic development and growth, with a focus on institutions and conflict in Africa. She is ecstatic that her maiden publication with SAJE has earned her this prize. “I was literally screaming and running around my lounge! I am so grateful for this amazing honour.”
This prestigious award is adjudicated by ESSA's Journal Management Committee in consultation with the SAJE Managing Editor. It is named after J.J.I. Middleton, who acted as the ESSA treasurer for many years and is said to have encouraged promising young economists to publish in their respective fields. The award takes the form of a gold-plated medal which bears emblem of the Society.
- Author Nonkululeko Kubeka Moyo
Share this page
Published by Nonkululeko Kubeka Moyo 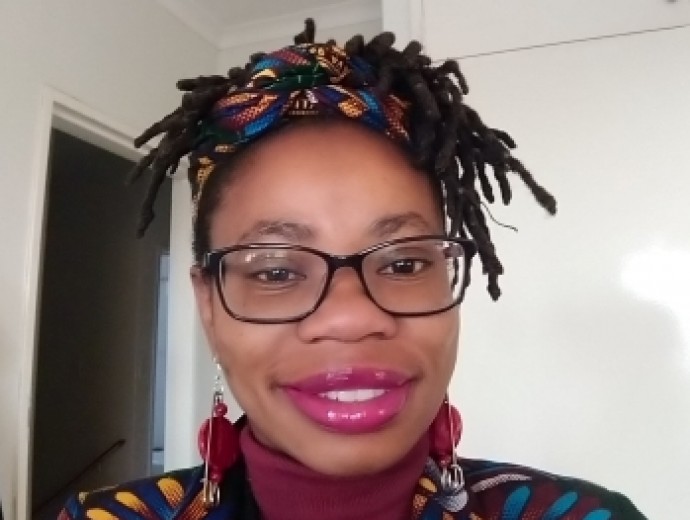