On Monday, 18 April 2016 the Department of Library Services of the University of Pretoria together with Sabinet, officially launched its new library management system, OCLC WorldShare Management Services. UP staff and other invited guests were addressed by UP's Vice Principal for Research and Postgraduate Studies, Prof Stephanie Burton, Sabinet's Director of Client Services, Pierre Malan and their Managing Director, Rosalind Hattingh who is also an alumna of UP.

Prof Burton said that there was a direct and close link between effective research and the library because the latter was also responsible for storing and sharing information for effective access. She congratulated UP's Director of Library Services, Mr Robert Moropa and his staff on the implementation of the system and taking the Department of Library Services into the future. She said, 'The role of academic libraries and librarians has changed and their task is difficult as they and their universities need to empower their users in new ways and need to reposition themselves in revolutionary ways.'

Mr Pierre Malan explained that WorldShare Management Services was a cloud-based system already adopted by 500 institutions worldwide, with UP being the second academic library in Africa to implement. 'It is a brand new system with brand new technology. Having this new management system as a foundation, UP will be able to continue to excel in offering information to their clients.'

Ms Rosalind Hattingh thanked UP's IT team, the Department of Library Services and her Sabinet team for their exceptional teamwork, commitment and hard work during the implementation process, and stated that both UP and Sabinet had always been leaders in their respective fields, and this project was proof of it. Mr Moropa concluded by complimenting Sabinet on their support and reiterated that this was a collective effort by all involved.

View the Department of Library Services and Sabinet's photographs. 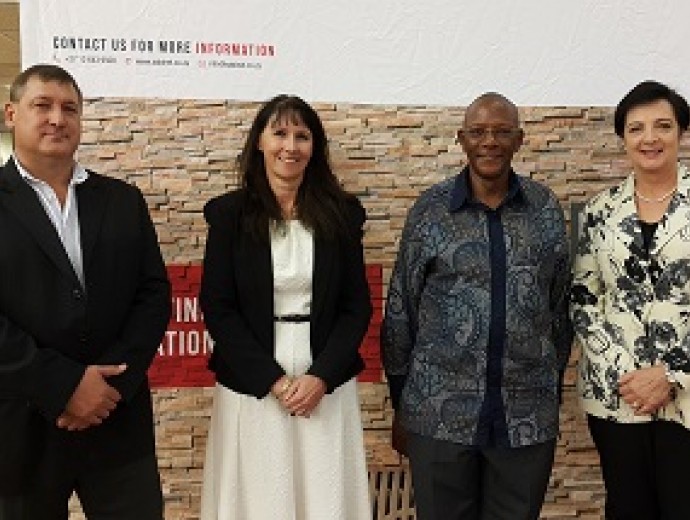