The law at your fingertips

A venture that started in the Oliver R Tambo Law Library at the University of Pretoria (UP) to provide free online access to up-to-date versions of South African national legislation (Acts and Regulations), has proved to be an overwhelming success. The initiative was spearheaded in 2013 by Ms Shirley Gilmore, Head of the Law Library, and launched officially by Justice Edwin Cameron of the Constitutional Court. The project has grown in leaps and bounds, highlighting UP once again as a pioneer leading the way in this first for South Africa.

Ms Gilmore says the project has been extremely rewarding and that this inspired initiative has elicited only positive feedback. Even Constitutional Court Judges Edwin Cameron, Kate O’Regan (retired) and Zak Yacoob have conveyed their appreciation of and support for the project. Attorneys, advocates and the general public have all expressed their gratitude for the hard work and effort put in by UP staff to the benefit of South Africa at large.

The idea originated when Ms Gilmore realised that most people do not have ready access to South African legislation. Although some Acts were available online the sources were not always reliable and many were outdated. This motivated her to develop the concept of free online access. She took her idea to Daan Lessing from IT (Library Services) and together they mapped a path to bring the idea to fruition. Developed countries have long been aware of the need for citizens to have ready access to up-to-date legislation. For South Africa to move closer to being recognised as a developed country it needed to provide a similar resource. According to Ms Gilmore, ‘… laws were available through commercial publishers [but] expensive to purchase. The purpose of this database is for the man on the street to also have access to the laws that govern him.’

Although not all Acts of parliament have been loaded onto the database, 260 have be uploaded and were selected to include legislation most referred to and searched, including Acts related to divorce, sectional title property ownership, and basic conditions of employment.

In the words of Ms Gilmore, ‘Every citizen has the right to know and access the laws of their country, and having to pay for them didn’t seem right. I am grateful that UP [felt] the same burden to create a free online database with all the Acts of South Africa readily available to everyone. I applaud UP for providing the infrastructure and the resources of the Law Library and IT support to make this a reality.’

Each Act and its Regulations have to be consolidated, after which amendments (changes) must be applied to bring the Act up to date. The end result also contains makes historical versions (so-called point-in-time versions). The task is hugely labour intensive because each Act has to be carefully prepared and formatted before it can be made available online. Ms Gilmore says she is truly appreciative of the untiring team efforts of Ms Natassja Lessing (project leader and editor) and Ms Alison Smith (editor).

After hearing on the grapevine about the project, the Constitutional Court Trust contacted Ms Gilmore and assured her of its full support. Although still a work in progress, the project is updated weekly in terms of the Government Gazette. The documents are shared with the Southern African Legal Information Institute (SAFLII) which is known for providing free access to case law (court judgements). 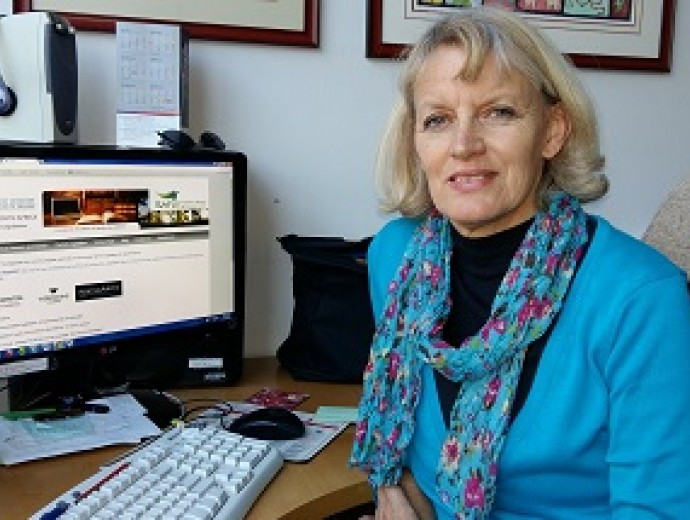