On 30 April 2015, 65 brand new German books were handed over to Mr Robert Moropa, Director of the Department of Library Services, by Mr Matthias Radosztics, Deputy Head of Mission at the Austrian Embassy. The ceremony took place in the Merensky 2 Library and was attended by library staff and academic staff from the Department of Modern European Languages. All were delighted with this considerable contribution to the library’s collection.

The Merensky 2 Library has been the beneficiary of donations by the Austrian Embassy a number of times before, the most recent made in October 2014. Professor Stephan Mühr of the German Language Unit said that they had once again been asked for a wish list and were very happy to receive so many of the titles on their list.

Mr Radosztics said that the donation serves to highlight Austria’s contribution to the community of German-language authors in the world.

The Department of Library Services attaches great value to partnerships such as the one with the Austrian Embassy since these assist the Library in improving its service to the academic community. 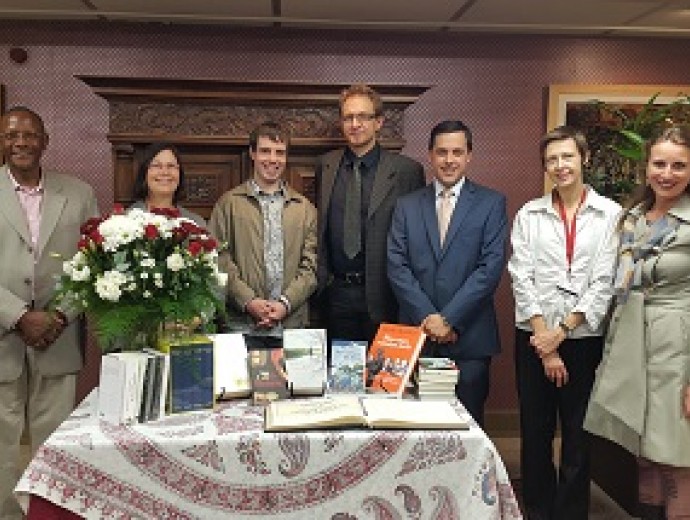