According to the most recent Webometrics Ranking of Open Access Repositories* released by the Cybermetrics Lab, the University of Pretoria’s repository, commonly known as UPSpace, has maintained its position as the number one repository in Africa. The University’s worldwide ranking has also increased from number 99 to number 73, which assures its place among the top 100 university repositories in the world.

The University’s repository currently houses more than 32 000 items, including approximately 11 650 journal articles by UP researchers and more than 8 700 theses and dissertations by UP students, all of which are available to users worldwide free of charge. It is also home to more than 1 800 items from special collections, including Africana, Pretoriana, South African architects, South African music and anthropology, archaeology and history collections.

The intended readers of research articles used to be other researchers, but the Open Access Movement has extended the reach of academic research to an immensely larger readership. The fact that almost anyone can now access material that was previously only available to a select few has opened up a whole new world of possibilities for researchers by allowing them access to articles that their libraries do not subscribe to. Not only is the visibility, readership and impact of an author’s works increased by the distribution of the material on open access platforms, but opportunities for interdisciplinary research are also increased. Open access is of immeasurable value especially to users in developing countries, where many universities may lack the necessary funding required to access the most recent academic journals.

The National Research Foundation (NRF) believes that the availability of research outputs on open access platforms will accelerate the transformation and globalisation of science, which will in turn facilitate the rapid transformation of this knowledge into innovative and developmental applications that can be used to the benefit of society. To this end the NRF has called upon authors of papers generated from research either fully or partially funded by the NRF to deposit their final peer-reviewed manuscripts that have been accepted by academic journals to the administering institution’s repository with an embargo period of no more than 12 months.

The University of Pretoria supports free access to research literature for all researchers worldwide and takes responsibility for the dissemination of its own research outputs. UPSpace’s ranking as the number one open access repository in Africa and its place among the top 100 repositories in the world are evidence of the institution’s commitment to address local needs and development challenges while, at the same time, remaining a hub of knowledge production recognised within the global scientific community.

The Webometrics Ranking of Open Access Repositories is a biannual survey in which university repositories from all over the world are assessed and compared in order to promote open access initiatives (OAI) supporting the use of repositories for scientific evaluation purposes. According to the website of the Cybermetrics Lab, which conducts the Webometrics rankings, the criteria for inclusion in the ranking process are very simple: repositories that wish to be part of the ranking process should have their own web domain or subdomain and include at least peer-reviewed papers (services that contain only archives, databanks or learning materials are not ranked). 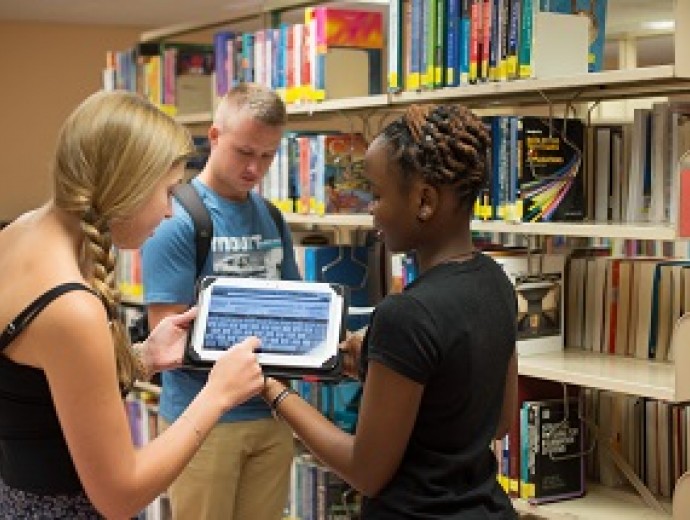