The South African Institution of Civil Engineering (SAICE) conferred its highest honours on a few of its most distinguished members at its prestigious 115th Presidential Inauguration held on 16 November at La Toscana in Monte Casino, Fourways.

Professor Kevin Wall, from the Department of Construction Economics at the University of Pretoria, received SAICE's Gold Medal award in recognition of his outstanding individual contribution to the industry and profession of civil engineering. This award has been conferred on fewer than two dozen people since its inception nearly 70 year ago.

In 2014, Prof Wall – a civil engineer and town planner with many years of experience as a senior consulting engineer, municipal official and researcher – retired from the Council for Scientific and Industrial Research (CSIR), where he was involved in the built environment. He was then appointed as extraordinary professor in the Department of Construction Economics. Prof Wall is also a past president of SAICE.

The Department is proud to celebrate the success of such an extraordinary professor and to have him as part of our team. 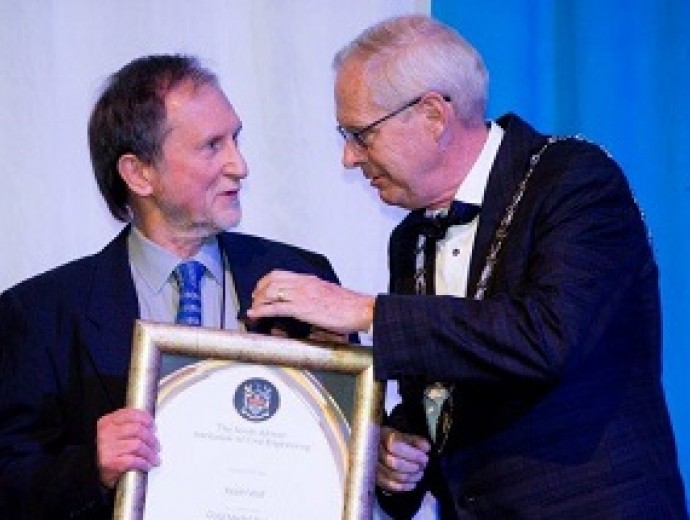