Prof Jannes Jansen van Ryssen, an extraordinary professor in the Department of Animal and Wildlife Sciences at the University of Pretoria, was recently awarded the Gold Medal from the South African Society for Animal Science (SASAS).

The medal is awarded to a member of SASAS who has served animal science and the society honourably and in such a distinguished manner that his/her quality of scientific contributions, achievements, involvement and extended service to South Africa's animal production industry has been recognised as exceptionally meritorious by many, both nationally and internationally.

Prof Van Ryssen’s research career commenced in 1966 at Cedara where he specialised in aspects of ruminant nutrition. After joining the staff of the University of Natal (UNP) in 1968, his interest in mineral nutrition developed, as reflected by his publications on minerals, particularly copper and selenium metabolism. After an illustrious career as lecturer at UNP, he was appointed by the University of Pretoria (UP) in 1995 as professor. He has been appointed as extraordinary professor at UP Since 2005, and still occupies this position.  Throughout his academic career he was instrumental in the education, mentoring and development of many of today’s leading animal scientists.

Prof Van Ryssen was specifically awarded the Gold Medal for his distinguished academic career of teaching, mentoring young scientists and research, with an excellent NRF rating and publication record. His unstinting selfless service to animal science as a profession throughout his term as secretary of SASAS since 1998 and the South African Association of Professional Animal Scientists (SAAPAS) from 2003 to 2007 was mentioned. He also served on the Executive Council of SASAS since 1996.

Furthermore, Prof Van Ryssen’s services as editor of SAJAS since 2002 has made a massive contribution to the development of animal science in South Africa. Under his editorship, the journal has steadily been growing since 2002 in terms of submissions, articles published and impact factor, becoming a journal used by many scientists in Africa and the rest of the world.

Prof Van Ryssen was also the proud winner of the SASAS Silver Medal in 2000, as well as the SASAS Presidential Award in 2002. He is presently the chairperson of the committee that is tasked to develop the Continued Professional Development (CPD) programme for professional animal scientists through the South African Council for Natural Scientific Professions (SACNASP). 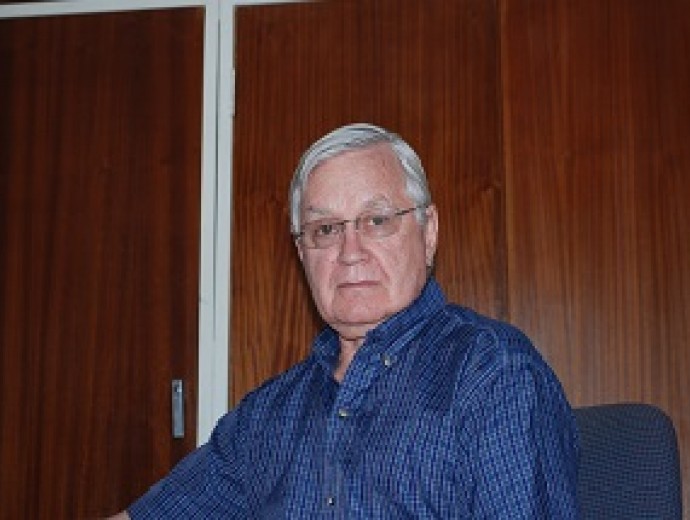