8 out of 10 learners still cannot read at appropriate level

The Progress in International Reading Literacy Study (PIRLS) 2016 report paints a disturbing picture of primary school reading literacy in South Africa, with no significant progress nationally since the last report in 2011. While the Russian Federation and Singapore were the top achievers, South Africa placed last out of the 50 countries participating in the study at fourth grade level. This is according to the international comparative reading assessment conducted by University of Pretoria (UP) researchers at the Centre for Evaluation and Assessment (CEA), who just published the South African findings of this global study on reading literacy.

Worldwide, more than 319 000 learners participated in PIRLS 2016. This third South African PIRLS national report builds on ten years of rigorous research in reading literacy. Although national performance is generally very low, there is a glimmer of hope. Between PIRLS 2011 and PIRLS 2016 there has been an improvement in performance for five African languages (out of the 11 languages tested) at Grade 4 level, despite the fact that these were the lowest performing languages in the 2011 study.

'Being able to read is the key to academic and future success,' says Celeste Combrinck, Acting Director at the CEA.  'If you can't read, your opportunities in school or after school will be limited, which is why reading should start at a very young age.'

The CEA works closely with the International Association for the Evaluation of Educational Achievement (IEA) and the TIMSS & PIRLS International Study Centre at Boston College, USA, as well as several other international research organisations and associations in countries such as Canada and Germany, to coordinate and collaborate on the PIRLS study across the globe. At the end of 2015, the CEA tested the reading comprehension skills of 12 810 Grade 4 learners in all 11 official languages across South Africa. In addition, over 5 000 Grade 5 learners were tested in Afrikaans, English and isiZulu. This data was processed and analysed by the international research group and then returned to the CEA.  The study was supported by the South African Department of Basic Education (DBE) through partial funding and limited logistical support.

The results, which are carefully validated internationally and reviewed nationally to ensure accuracy, suggest that almost 80% of South African Grade 4 learners fall below the lowest internationally recognised level of reading literacy. According to Prof Sarah Howie, National Research Coordinator (NRC) for PIRLS 2016 South Africa, this suggests that the majority of learners cannot read well enough to succeed in subjects across the curriculum in Grade 4 and higher grades.

'What is troubling is that this is true across all languages in South Africa, as less than a quarter of learners overall reached the lowest international benchmark. While less than half of the learners who wrote the tests in English and Afrikaans could read, 80% of those learning in one of the other nine official languages effectively cannot read at all,' says Combrinck.

The report shows that the Western Cape, Free State and Gauteng performed best of all the provinces, and that reading achievement in Sepedi, isiXhosa, Setswana and Tshivenda was the weakest. Boys also performed worse than girls with 84% of boys not being able to reach the lowest benchmark, in comparison to 72% of girls. The gender gap is an international trend that is reflected in South Africa.

Combrinck suggests that part of the problem may stem from two difficult transitions in the fourth year of school. Learners must transition from learning to read to reading to learn, in other words, they are expected to understand the language of learning well enough to study textbooks and other written material. At the same time in South Africa, learners at African language schools transition from being taught in an African language to being taught in English. This situation is almost certain to have a negative impact on Grade 4 reading literacy.

The PIRLS benchmarking data for Grade 5 seem to support this suggestion: in one aspect of the study, 10-year comparisons with PIRLS 2006 suggest that Grade 5 learners have made progress in reading literacy in isiZulu, as well as a combined score for Afrikaans and English that reveals conservative improvements when these two language results are combined. This may suggest that given an extra year to settle into a new language, reading literacy may improve (although learners still fall well short of the international average).

Alongside the reading literacy tests, CEA researchers also investigated over 1 000 other factors in the school, classroom and home environment to find potential reasons for the reading problems they observed, and to better understand the South African learning environment.

Some of the PIRLS 2016 findings include:

'The groups most at risk are those in deep rural areas and townships, those learning in African languages, and boys,' says Combrinck. She hopes that this study will initiate a process to address these challenges.

One way that the CEA is trying to address the problem is through a diagnostic analysis and the development of materials for the DBE. These resources will be developed in partnership with experienced teachers, and will provide materials and resources that will help teachers around South Africa improve how they teach reading and reading comprehension at primary school level.

The PIRLS results can also be used by South African universities and will enable critical reflection on their teacher education curriculums for language and reading development.

Howie hopes that her team has done enough to illustrate the scale of the problem, and that others will take up the torch. 'We can provide evidence and suggestions, but other experts now need to come on board and do the work,' she says. 'If we can bring together like-minded people with honourable intentions who can use funds and resources for education effectively, there is no reason we can't fix this, although it will take time and hard work.'

Visit Research Matters to read more about the PIRLS project. 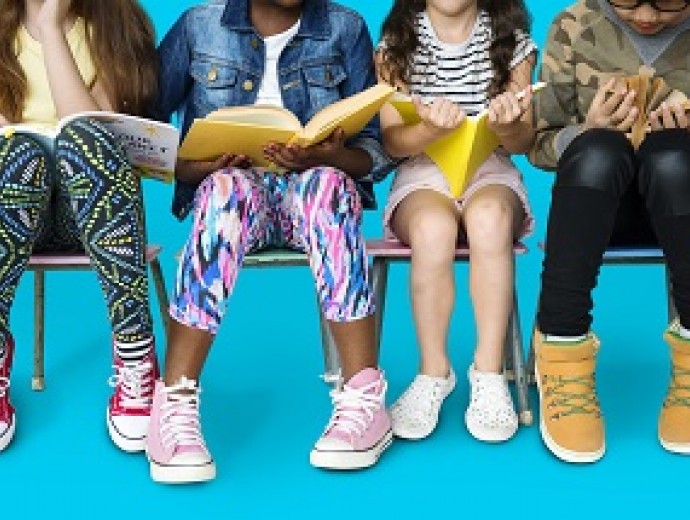