#International Day of Forests: 'Forest entomology is the key to healthier forests' – UP forestry experts

Wood is a valuable renewable resource used widely across various sectors, from the paper, textile and bioelectronic industries to construction and mining. When forests are harvested sustainably for their resources, they provide economic, environmental, cultural and human health benefits.

To raise awareness of the importance of forests and promote more sustainable forestry practices, the United Nations proclaimed 21 March the International Day of Forests.

Pest control strategies form a vital part of sustainable forest management. South Africa is a global leader in this regard, with 80% of the country's timber plantations certified by the international Forest Stewardship Council. Compared to conventional agriculture, SA forestry uses minimal amounts of pesticides and relies on cultural practices, biological control and breeding resistant trees and pheromones. This was largely achieved through the close partnership of and knowledge exchange between forest entomologists at the University of Pretoria (UP) and foresters in the industry.

The SA forestry industry is a significant contributor to the economy: it produces about 18.2 million cubic metres of wood annually, with an estimated value of R40 billion. Commercial forest plantations in SA consist mainly of Eucalyptus, pine and wattle. Unfortunately, these highly productive tree species are vulnerable to attack by indigenous and introduced insect pests.

Biological control
One of the most sustainable and environmentally friendly ways of controlling an insect pest is to introduce its natural enemies into the environment. These include insect diseases, predators and parasites, which will bring the pest population down to much lower levels.

More than 20 years ago, forestry companies teamed up with forest pathologists and entomologists at UP to identify environmentally friendly pest control strategies for forest plantations. This partnership has led to important changes to how forest pests are managed while also providing UP students with training and skills to join the workforce as forest entomologists.

Forest entomologists at UP have identified biocontrol agents for most of the important forestry pests in SA. These agents are studied in quarantine laboratories before being released into the field to ensure that they do not cause damage to the native insects. After their safety has been established, they are mass-reared in the laboratory, then released in plantations where high levels of pest insects occur.

In some cases, such as with Selitrichodes neseri, the parasitic wasp of the blue gum chalcid, a few releases in 2012 were sufficient for the wasp to establish in some Eucalyptus growing areas. This provided good control of the pest in subsequent years. However, in other cases, such as with Deladenus siricidicola, the parasitic nematode of the Eurasian wood wasp, regular releases of the biocontrol agent were required. For this reason, rearing facilities, which provide sufficient nematodes each year for efficient control of this insect pest, have been established at UP.

UP forest entomologists often travel to the native lands of insect pests to find new biocontrol agents that have better survival traits. The next expedition will go to Southeast Asia to identify biocontrol agents that can be deployed against the polyphagous shothole borer, killing native and indigenous trees in cities and landscapes throughout SA. Volatile signals
Insects communicate with each other by smell. The volatile chemicals released by insects to attract a mate or signal fear or other important information are called pheromones. Pheromones can also be used to confuse insects and disrupt their mating behaviour, and are an important way to manage pests in forests.

Researchers at UP recently identified the mating pheromone of the Eucalyptus cossid moth, which is indigenous to SA, but has switched its host and is now a major pest of cold-tolerant Eucalyptus species. The forestry industry uses pheromone to monitor the pest in plantations and for mass trapping. UP scientists are producing the pheromones and designing both dispensers to release the pheromone in a controlled way as well as the placement layout of the traps for optimal insect catches.

Tree breeding for resistance to insect damage
All plants have evolved ways to ward off insect feeding, by producing protective measures such as scales, thorns, resin or harmful chemicals. But during the past 100 years, tree breeders have focused mainly on improving productivity and wood quality, and neglected defences against insect attacks. That is why many tree varieties grown in SA are particularly susceptible to insect damage.

In response, forest entomologists at UP started screening tree varieties for insect feeding resistance and identified some chemical traits. For instance, the Eucalyptus snout beetle, a major pest in Eucalyptus plantations worldwide, prefers to feed on leaves with high sugar and low fat content. Tree breeders are now using this information to select new varieties with low sugar and high fat content to develop planting stock for future plantations. A new greenhouse facility has also been built at UP to determine how resistant tree varieties are and what the underlying reasons for their resistance are.

Knowledge exchange
A close partnership between industry and researchers speeds up investigations into economically relevant industry problems as well as the implementation of new management strategies in the field. The close connection between UP and SA's forestry industry is fostered by entomologists working at the plantations and inviting foresters for research days at the University. UP's partnership also creates opportunities for entomology students' employment and for them to learn from industry and make an impact through their research projects.

- Author By Professors Almuth Hammerbacher, Bernard Slippers, Brett Hurley and Chris Weldon of the Forestry and Agricultural Biotechnology Institute (FABI) at the University of Pretoria
Share this page
Published by Martie Meyer 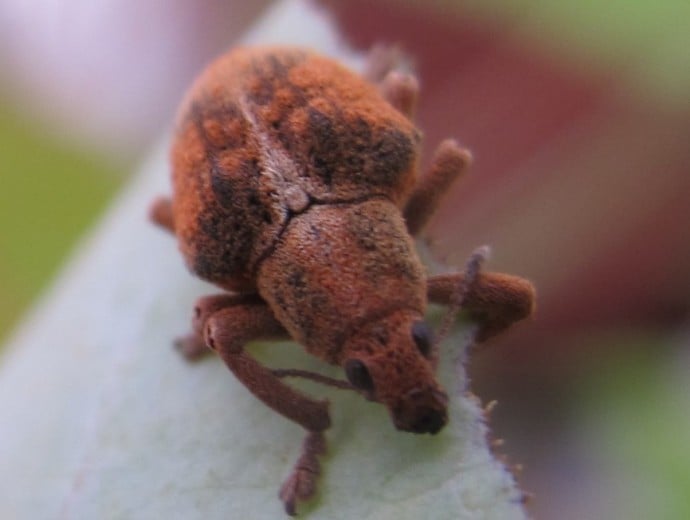