Collaboration is key to success in world of research

Q: Why did you choose to study Genetics?
A: I actually chose to study molecular biology as my first degree, because when I was choosing my A-levels in the UK (the exams we take at age 18, before entering Uni), molecular biology degrees were relatively scarce, and I was fascinated by the technology and its potential applications in the real world. I then did my PhD in Zoology, applying the then very new science of DNA profiling in wild bird populations for the first time – it was all very exciting because I am a zoologist and conservation biologist at heart! It became gradually clear to me during my PhD that we might be able to apply genomics to change the way we look at biodiversity forever.

Q: Why is Science, (including Genetics) important?
A: Science and genetics, in particular, underpins a vast array of human activities today, ranging from identifying and tracking new COVID variants to understanding the role that genetic diversity plays in buffering endangered species from extinction due to threats such as climate change and habitat fragmentation. Scientific principles can guide us towards rational, evidence-based action in the modern world, and in the coming decades, we are going to need this disciplined thinking more than ever. We face an uncertain future and a culture where increasingly, everyone has an opinion, regardless of the evidence to back it up, so coming generations are going to need strong scientific grounding and literacy more than ever.

Q: Please explain your view of biological diversity.
A: Biological diversity is the variation we see within and between whole ecosystems, the species that live within them and the genes they pass on. All of life comprises these building blocks and the way they interact produces the beautiful complexity of life on earth that has always fascinated us, humans. However, in the last few centuries we have slowly come to understand that this biodiversity, and its configuration, is not fixed in time and space, and instead responds to changes in the environment in which it resides – so we have moved from a ‘static’ view of biodiversity to a ‘dynamic’ view. This is important because currently biodiversity is changing because of our actions, and is, unfortunately, decreasing at a rapid rate. This is very worrying because we are beginning to understand how biodiversity is very important for ecosystem health and functioning, and that the loss of biodiversity can lead to ecosystem collapse. The discipline I work in (conservation biology) aims to better understand this process and how we can reverse it for the good of ourselves and all life on earth.

Q: Why is International Day for Biological Diversity important, celebrated on 22 May?
A: We are at a crossroads in how we tackle the global decline in biodiversity. Governments are currently negotiating a new framework for the next decade and beyond, and scientists need to speak loudly and clearly to our politicians that the time is now to establish a robust, equitable framework and targets for halting this decline. 22 May is very important for sending this message. We have consistently missed biodiversity targets since the establishment of the UN Convention on Biological Diversity (CBD) in 1992, and we cannot permit the wholesale failure of conservation measures any longer. So, if we only have a decade to fix the climate crisis, we should be applying the same level of urgency to the biodiversity crisis. As part of this effort, during the last 12 months myself and colleagues have been suggesting robust targets for the new framework to halt the loss of the world’s genetic diversity: believe it or not, until now we have not even been sensibly measuring genetic diversity, let alone doing something meaningful about it!!

Q: Your thoughts on biological diversity in Africa?
A: Since I first came to work in the field in Africa (Cameroon, 1992), this wonderful continent has fascinated me and constantly drawn me back – I have worked in 17 African countries to date. The immense variation found here, its distribution and its ever-changing face make it the best location in the world to study biological diversity. Now it faces the same threats as the rest of the world, and it is our responsibility to conserve it at all costs for all Africans to come.

Q: Highlights of your career so far:
A: Working to develop tools to establish the field of molecular ecology during my PhD was very exciting and then going on to take a postdoctoral position at the Zoological Society of London, where I was given free rein to apply these tools to endangered species at the beginning of the newly emerging discipline of conservation genetics. I have been lucky enough to study some high profile species such as the giant panda, Bornean orang-utan, western lowland gorilla, Komodo dragon and influence their conservation strategies, as well as some key South African species including Cape buffalo, black rhinoceros and southern ground hornbill.

Q: Give us a glimpse of your most recent research:
A: We have been developing methods to use whole-genome data to understand the local adaptation and vulnerability of animal species to climate change. Most recently this has involved work on Arctic breeding peregrine falcons, where we found that a single gene, ADCY8, has a strong role in migratory behaviour in this species, via enhancing long-term memory in populations with the longest migratory pathway (up to 11 000 km). We have also been able to show that under realistic climate predictions, some of these northern breeding populations are likely to go extinct by 2070 and that migration may cease altogether in others. Through large-scale international collaboration, we have been able to influence CBD thinking on targets and monitoring for genetic (and other) biodiversity through a number of policy papers in 2020 and 2021, which we hope will be acted upon so that our monitoring of biodiversity in the coming decade is sufficient to properly document the state of the world’s biodiversity.

Q: Describe a day in the life of Prof Bruford…
A: Aside from my research activities, one of my roles at Cardiff University is Dean for Environmental Sustainability, so I have a lot of work to do to help guide the University to net zero carbon emissions by 2030. This entails working closely with non-academic and academic staff and students daily, and I have been able to see parts of the University that others never get to see. I especially enjoy teaching, focusing on conservation biology and sustainable development and interacting with students always brightens my day. The pandemic has affected all these activities, however, to the extent that I mainly sit and stare at a computer screen and hunt for Zoom and Teams links! Life online is challenging and in the evening I like to relax with my family and getting out into the garden and the damp local countryside (this is Wales, after all!)

Q: What qualities does a good scientist need?
A: Humility is very important – I think the mantra “we used to think, but now we know” is something we need to avoid and conveying uncertainty to the public, policy environment and students is key to our credibility and to embedding scientific literacy, no matter what the cost. Perseverance is also important – scientific ideas and the ability to test them can sometimes take considerable time to come to fruition, possibly due to funding or logistics or simply because some studies take, time to gestate. Finally, empathy is extremely important: science and academia are tough and our colleagues need all the support they can get, especially now.

Q: What words/beliefs do you live by?
A: I try to be balanced and pragmatic. When working at the science/policy interface this is especially important. I also hope that I am naturally collaborative, this has proven to be the greatest gift scientific research has given me – international collaboration teaches you quickly that people are the same the world over, have the same aspirations and respond in the same way provided they are given the opportunity.

Q: Do you have any advice for prospective scientists.
A: I think the most important piece of advice right now is to learn bioinformatics! Molecular technologies and data pipelines are developing rapidly that being on top of big data is now a must. Second, the thing that will distinguish your research from others in this ‘big data’ world is the questions you ask and the way you go about testing them. So focus on the questions and your experimental design, be self-critical and rely on colleagues and mentors to road-test your thoughts. Also, drink coffee…

Q: Who is your role model/mentor?
A: I have been lucky enough to have a number of wonderful mentors, but if I had to pick one, it would be Prof Georgina Mace, who mentored me during my time at the Zoological Society of London and profoundly influenced my thinking in conservation biology. Georgina sadly passed away last year and the world is much poorer for her absence. 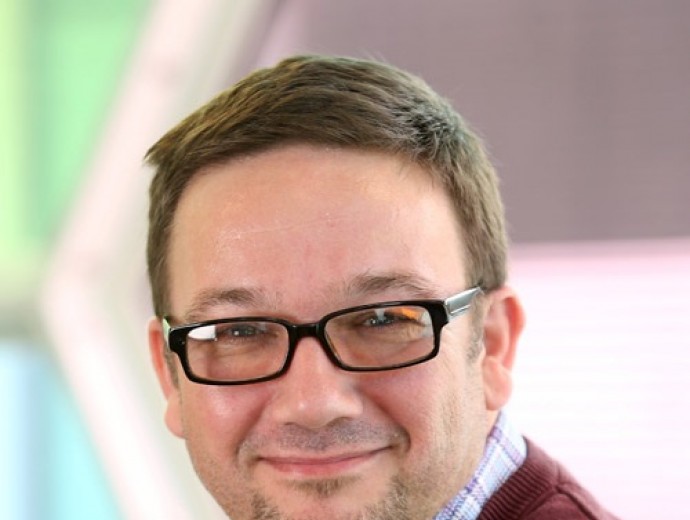