Dr Osmond Mlonyeni, Project Manager at Future Africa, an institute based at the University of Pretoria (UP), has made history by becoming the first-ever alumnus of the Mandela Rhodes Foundation (MRF) to be appointed as a Trustee of the Foundation.

Dr Mlonyeni acknowledges his appointment as “an honour and privilege to be invited to serve the MRF in this capacity. Considered in light of the recent appointment of CEO Judy Sikuza, it also illustrates the MRF’s confidence in the emerging forest of leaders among Mandela Rhodes Alumni. At a societal level, this decision is a clarion call to act with intention to harness Africa's youth dividend to realise its full potential. I am humbled and look forward to this journey of service, growth, learning and transformational leadership in practice,”

As Project Manager at Future Africa, he is in part responsible for partnerships and programmes for innovation that also include serving on the leadership team for Innovation Africa. Dr Mlonyeni is also a non-executive Director on the boards of two state enterprises, the Gauteng Enterprise Propeller and The Innovation Hub Management Company.

Dr Mlonyeni was a South African Mandela Rhodes Scholar in the Class of 2009. He reflected on how the scholarship enriched his life saying, “It has been a catalyst to many subsequent achievements.”

“However, more importantly, the reflections I made about the scholarship after my year-in-residence (Class of 2009) have been crystallised by the passage of time and thus remain relevant. My sentiments then were that ‘‘I had the opportunity to learn from and with peers, to constructively interact with a diversity of schools of thought, and to draw from the insight of the MRF family. The MRF is more than just a scholarship. The MRF has been a guardian, mentor, educator, reconciler and a hub for visionaries. It has reinforced the importance of a shared vision, enriched my understanding of dedication, taught me the important role that objective reflection plays, in correction and renewal, and planted a seed for shared responsibility towards humanity’,” Dr Mlonyeni concluded.

The Chair of the MRF Board of Trustees, Prof Njabulo S Ndebele commended Osmond and said. “He is the first person from the next generation of leaders to join the Board of Trustees. As an alumnus of the Mandela Rhodes Scholarship, he has a deep understanding of the Foundation’s values and the impact it can have in the lives of its scholars. Dr Mlonyeni is both very accomplished and exceptionally wise, and has an impressive set of skills and experiences that will add tremendous value to the Board.”

Previously a research assistant, doctoral candidate and postdoctoral fellow at the Forestry and Agricultural Biotechnology Institute (FABI), his research focused on understanding the role of diversity in the management of an invasive woodwasp pest. Dr Mlonyeni has published in international peer-reviewed journals and presented at international and national conferences. In addition, he has contributed to public discourse via presentations, interviews and panel discussions to highlight the value and relevance of research for the advancement of knowledge and benefit to society.

Some of his achievements include the UP honorary colours for Academics and Leadership, being a member of the Golden Key Society, Top 3 student presenter at the Commonwealth Science Conference in 2017, and a Horst Köhler Fellow for the 65th Lindau Nobel Laureate Meeting.

Dr Mlonyeni holds a BSc in Human Genetics, BSc (Hons) in Genetics, MSc in Genetics (with distinction) obtained as a Mandela Rhodes Scholar and PhD in Genetics. He obtained all of his qualifications at the University of Pretoria. 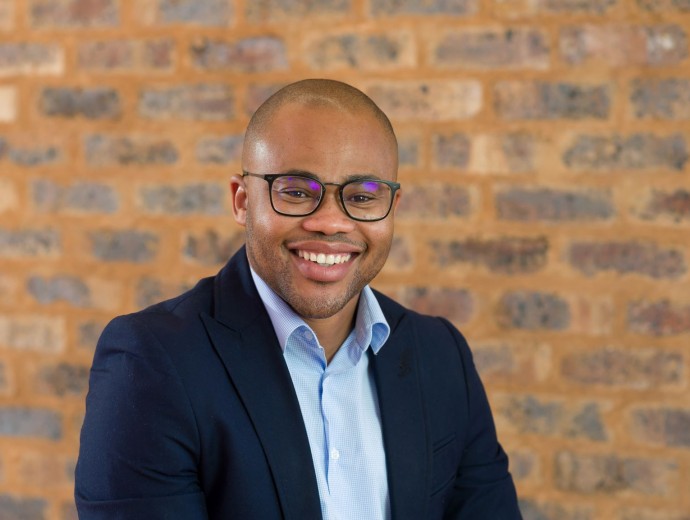