The Faculty of Economic Management Sciences at the University of Pretoria is extremely proud of its students and staff and congratulates them on their results in the January 2018 Initial Test of Competence (ITC) of the South African Institute of Chartered Accountants (SAICA).

According to Prof Johan GI Oberholster, Deputy Dean: Teaching and Learning & CA Programme Co-ordinator in the Faculty of Economic and Management Sciences, the ITC is the first of the two professional exams that all prospective chartered accountants (CAs) have to write to qualify as CAs(SA), after finishing their fourth year (postgraduate diploma) at one of the 15 universities in South Africa, accredited by SAICA to present the final year of the CA qualification.

The students, after successfully completing their fourth and final year at university, join a range of training offices for a three-year traineeship. They write the ITC about 20 months into their training contract. In June of each year, a second ITC exam opportunity (the June ITC) is given to students who either did not write in January or were not successful in completing the January ITC.  Two hundred and eleven UP students wrote the January 2018 ITC exam (206 writing for the first time and 5 writing for the second time) whereas a grand total of 3012 candidates wrote the exam nationally.

Further highlights pertaining to the results achieved in the January 2018 ITC exam are:

Referring to the two top candidates, Prof Oberholster said: 'This is a wonderful achievement considering that 3012 candidates sat for the January 2018 ITC exam. Both these young ladies passed the exam with honours (above 75%) and they both also completed their postgraduate diplomas at UP in 2017 with distinction.'

He explained that UP 'is extremely satisfied with the results of our candidates in this challenging exam and immensely proud that our growing pool of transformation candidates (including Thuthuka and other students) achieved the same pass rate as the UP cohort as a whole. What is of particular importance to us, is that UP has maintained these excellent overall results consistently over more than a decade, whilst nearly doubling our total number of ITC candidates over the same period.'

To substantiate the latter claim, it should be noted that UP in eleven out of the last twelve years, achieved pass rates in excess of 90% in the January ITC with an average pass rate of 94% over that period. Only in '2017 did we narrowly miss our targeted 90% pass rate by a mere one percentage point. The latter statistics prove that UP has consistently delivered excellent pass rates and deserves its reputation as one of the top CA education facilities in South Africa. This was again confirmed by the fact that UP had the highest combined pass rate in South Africa for the January and June ITC  exams in 2017, with an astounding pass rate of 98.5%,' explained Prof Oberholster. 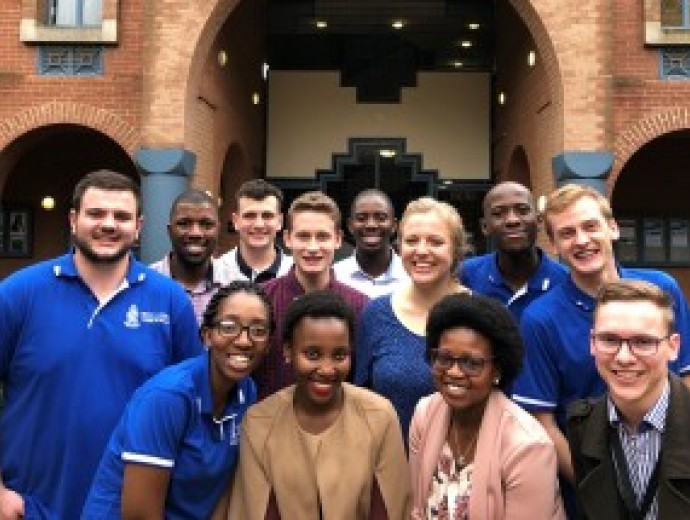 Students who wrote the ITC