Two third-year BCom Accounting Sciences students, Erin de Hart and Daniel Hafner, have been selected as part of a four-member team that will represent South Africa at the 2017 KPMG International Case Competition (KICC). During the KICC, student teams from around the world are tested on their ability to analyse and respond to realistic business scenarios by developing innovative solutions while gaining insight into what it's like to work with clients.
The Department of Auditing uses the KICC to develop the problem-solving and analytical skills of second-year Auditing students. Erin and Daniel were introduced to the competition when they entered the local leg of the KICC during their second year in 2016. The pair, along with two students from the University of the Witwatersrand, make up Team South Africa and will be jetting off to the international finals taking place from 10 to 13 April 2017 in Lisbon, Portugal.
In the build-up to the finals, they also need to get as many views as possible for their team's introduction video. You can support them by viewing and sharing their video below before Monday, 3 April 2017.
- Author Faculty of Economic and Management Sciences
Published by Ansa Heyl 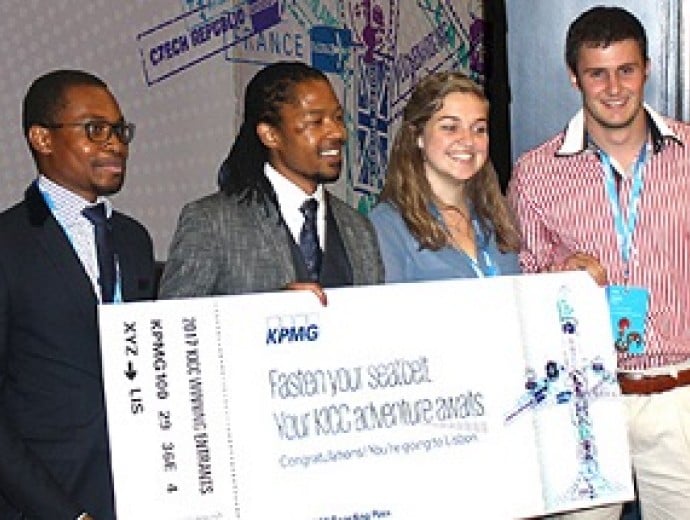