The Department of Auditing at the University of Pretoria was once again represented at the annual Internal Auditing Education Partnership (IAEP) Leadership and Networking conference in Orlando, Florida in the USA from 16 to 18 September 2016.
This was the conference’s tenth anniversary and it was attended as always by most of the IAEP schools from around the world. The main purpose of the conference is to facilitate leadership, networking and recruitment opportunities for internal audit students, as well an educators’ forum for internal audit lecturers. Countries such the USA, Thailand, Lebanon, China, the Netherlands, the United Kingdom and South Africa were represented at the conference. Mr Cobus Janse van Rensburg, Senior Lecturer in the Department of Auditing, attended the conference along with three students: Mr PietFrik Liebenberg, Ms Lebohang Modiga and Ms Celestia Naidoo.
The students were exposed to several networking opportunities, including a group presentation competition. The UP students performed very well in their presentations and several conference attendees commented on how presentable they were. Lebohang Modiga’s group won the competition and Celestia Naidoo’s group received third place. The Department of Auditing is very proud of all the three students and thanks all the sponsors who assisted in getting the team to Orlando, including the Dean of the Faculty of Economic and Management Sciences at UP and family members and friends of the students.
Some feedback from the three students:
“The age of student participants varied from 20 to 73, which kept me thinking that no matter what age you are, or what your circumstances might be, it is never too late to set another goal in life – even if it is to become the ultimate professional internal auditor.” – PietFrik Liebenberg
"It was an amazing networking opportunity that made me appreciate the profession I chose even more. Internal auditing is literally a global language, it was eye opening to see just how big internal auditing is! I'm thankful to UP and everyone who made the trip possible. It was a great opportunity that really expanded my career dreams."
– Lebohang Modiga
“I was honoured to be selected amongst my peers for such a prestigious event. My visit to the USA to attend the conference has been an eye opener and impacted my life to such a degree that the information obtained will now give me an insight to a global vision. This visit also equipped me with tools to be proactive, effect global change and to analysis risk across the global spectrum. I now realise that the world is my oyster.” – Celestia Naidoo
- Author Department of Auditing
Published by Ntekoana Hlongoane 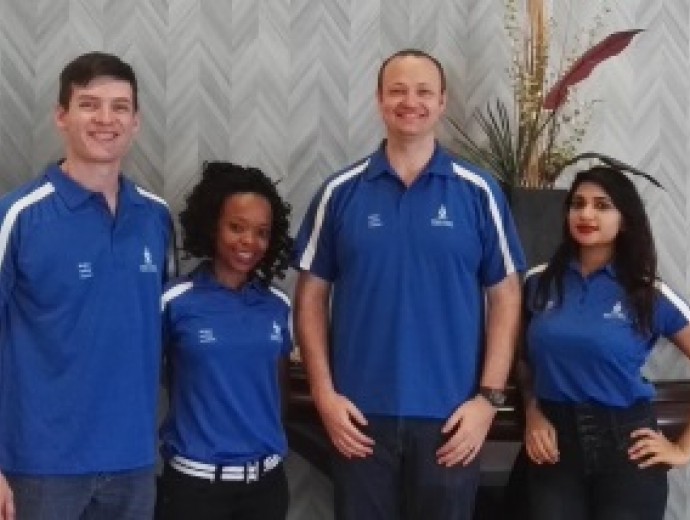