‘What breed of cattle does the Honourable President Cyril Ramaphosa farm with?’ If you guessed ‘Ankole,’ you are correct! This was one of the many questions asked to our quiz teams at the South African Society for Animal Science (SASAS) 53rd Annual Congress 2022 held from the 26th to the 28th of September in Pietermaritzburg, South Africa.

The SASAS Veeplaas Student Quiz is a prestigious event that is open to teams from all tertiary institutions in South Africa. This year, preliminary rounds were held online, and the finals were held in-person at the Congress. These students must have been full-time final year or postgraduate students who have not yet completed their MSc and been younger than 25. The University of Pretoria’s Department of Animal Science was extremely proud that two teams of our teams qualified to compete in the final round of the event!

After various questions that covered themes ranging from nutrition, physiology and climate change to animal health and welfare, the quiz master announced that Tuks 1 had won the event, followed closely by half a point by Tuks 2! It was an emotional, proud moment for the teams after weeks of gruelling preparations.

The Student Quiz, however, was not UP’s only victory at the Congress: Our esteemed Professor Edward Webb was presented with the David Uys Trophy for the Best Publication in the South African Journal of Animal Science by a SASAS member. Professor Webb has continuously been at the forefront of physiology research in the industry. Similarly, the UP Department of Animal Science also presented three papers and one poster at the Congress, with Elrie Botha being acknowledged for the Best Applied Animal Science Student Poster!

SASAS plays a crucial role in the functioning of the animal science and agriculture industries, with the slogan ‘Experiencia docet.’ Their goal is to develop animal research, encourage effective animal production methods, and protect the environment and natural resources while advancing human welfare. These values are parallel to those of the UP Department of Animal Science, and we couldn’t be prouder of our performance at the Congress. 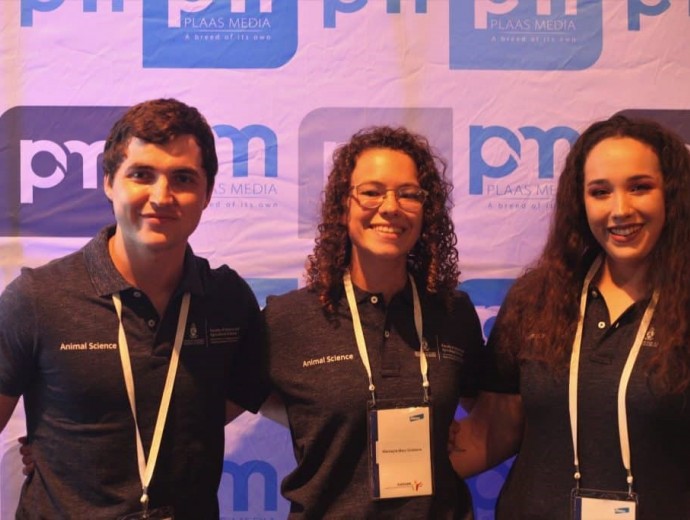