“To braai or not to braai”

“To braai or not to braai”

This question was easy to answer for the final year animal science students during the annual braai competition! This year’s theme was “farm to fork” and fillet, sirloin and rump steak cuts were sponsored by the South African Feedlot Association.

Ten teams participated and had to prepare a fillet for the judges who consisted of Dr Fisher and Dr Pamela Pophiwa (a post-doctoral student in Meat science from UP).

Dr Hennie Fisher from the Department of Consumer and Food Sciences provided some guidelines for the perfect “braai”. He emphasised the role of preparing an ideal fire using wood and making sure it is “piping hot”. Preparing the meat, sealing with high-quality oil and seasoning are all essential for ensuring the best taste, flavour and tenderness. A favourable gastronomic experience is all about the taste and proper seasoning before and during the braai, which demands a fine balance.

Three teams were identified as the top three and the runner up was commended for their re-interpretation of the known culture of braai by Dr Fisher : “  I was impressed with their understanding of how big a part culture plays in our eating behaviour. But they did not only just serve an everyday interpretation of known culture, they reinterpreted it, and were able to justify the use of bone-marrow”.

The winning team was innovative and combined cooking methods to cook their cut to perfection. In the words of the judge:” They seasoned their meat well and the problem is that as humans we are wired to absolutely delight in the taste of dark caramelized butter flavours, and because they had basted their meat in the pan during the entire cooking, the meat was golden and crispy on the outside with phenomenal flavour. They furthermore served nice innovative tasty side elements”

The braai competition was the perfect completion of the final year animal science curriculum – from farm to fork! 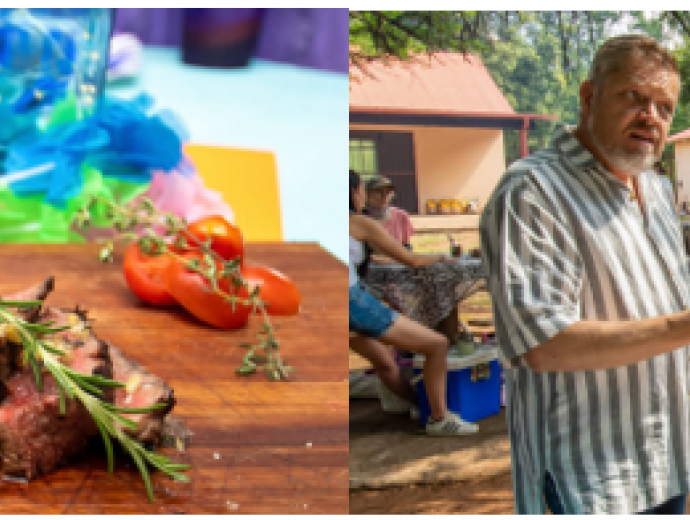