The University of Pretoria’s Department of Animal Science hosted its first annual UP-Agric Feedlot Challenge this year. Sixty-four final-year BScAgric Animal Science students were divided into 10 teams and each was tasked to manage and care for 12 cattle for 132 days. The feedlot challenge commenced on 6 February 2020 and will be concluded on 16 June 2020 with an ‘On-the-hoof’ competition in which the teams will compete. The teams will also be afforded the chance to compete in South African Meat Industry Company’s and Agri Expo’s national carcass competition on 20 June 2020.

Agri Gauteng and Vleissentraal Bosveld approached Prof Edward Webb (Deputy Dean for Research and Postgraduate Education at the Faculty of Natural and Agricultural Sciences) with this initiative and it was an opportunity which could not be turned down. The Faculty of Natural and Agricultural Sciences approved the Department of Animal Science’s proposal as a core practical training component in the final year of the BScAgric Animal Science degree programme. The final-year module, Large stock Nutrition and Management, teaches all the different aspects of feedlot management, while the Meat Science module focusses on meat production and aspects which influence meat quality. The UP-Agric Feedlot Challenge complements these modules perfectly and provides an in-depth study of the whole farm-to-fork process. It also meets the University of Pretoria’s hybrid learning approach perfectly.

The 120 cattle, all of different breed types, were sourced by Vleissentraal Bosveld from different farmers (some of which are upcoming farmers). The teams had to manage the cattle according to feedlot practices such as processing their cattle, choosing between different starter, grower, and finisher rations, deciding on adaptation and transition periods, when and how to pull a sick animal, and how often pens needed to be cleaned. All medicine, growth promotants, and beta-agonists were sponsored by MSD Animal Health. Veterinary advice and call-out services were provided pro bono by S & E Feedlot Consulting. King Price Insurance provided insurance coverage for the project as well as RFID tags which are imperative for traceability. The rations were formulated and supplied by NUTRI Feeds. Advice on feedbunk management, which rations to choose, and adaptation and transition periods were provided by Dr Francois van de Vyfer and Melville Price of NUTRI Feeds. Johan Berg, of the South African Fatstock Judging Association, will teach the students what to look for when choosing the best cattle to compete in the On-the-hoof competition.

The first annual UP-Agric Feedlot Challenge was greeted by many challenges. First, our country's animal auction sites were closed due to the Foot-and-Mouth outbreak. Then, two months into the feedlot challenge we saw the country come to a standstill due to Covid 19. The students had worked so hard and so much had been invested in this project that we couldn't just call it a day. As the saying goes, "'n boer maak 'n plan". Every month a third of the class was granted permission to work at the feedlot, that way the students continued to be involved in the project.

The On-the-hoof competition will take place at Vleissentraal Bosveld’s Onderstepoort auction site on 16 June 2020. Due to regulations set out by the government to curb the spread of the Corona virus, the number of people to attend the On-the-hoof competition will be limited. This competition will thus be live-streamed to ensure no one misses out on the action. The livestream link is: http://events.digitv.co.za/ . The cattle will be transported to and slaughtered at Cavalier. Here, the On-the-hook judging will take place on 20 June 2020 which will also be recorded and streamed.

All profits from this project will go to creating a bursary for a needy University of Pretoria Animal Science student. The Department of Animal Sciences would like to thank all the sponsors and companies involved for the brilliant opportunity and the success of this project, despite it being a very challenging year. 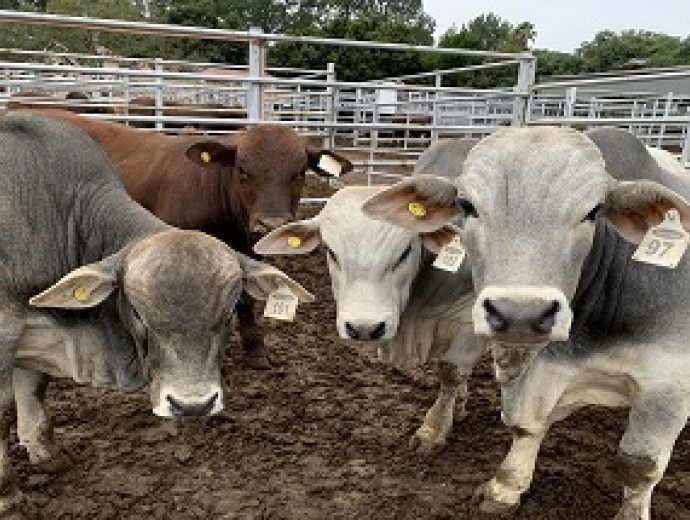