Ensuring better health and proper care for cheetahs in captivity

It can reach a speed of 100km/h in just three seconds, is extremely light in weight and aerodynamically streamlined, and can cover nine metres in just one stride at almost four strides per second. For more than half of every stride, it is airborne. Everything about the cheetah contributes to making it the fastest mammal sprinter on earth. This marvel of evolution has fascinated scientists for decades and it is a very popular species to study.

In captivity, these animals are quite unusual in that they frequently suffer from chronic diseases, primarily of the gastrointestinal tract and kidneys, which are rarely seen in their wild counterparts or in any of the other big cat species. An inflammatory condition of the stomach known as lymphoplasmacytic gastritis affects the majority of captive cheetahs. While other big cats do suffer from kidney disease, captive cheetahs frequently also have a form of kidney damage known as glomerulosclerosis, which resembles the damage caused by diabetes in humans. This is mysterious because the cheetahs studied do not have diabetes.

Dr Adrian Tordiffe, from the Department of Paraclinical Sciences in the Faculty of Veterinary Science at the University of Pretoria (UP), has been intrigued by these diseases in captive cheetahs since his days working as a clinical veterinarian at the National Zoological Gardens of South Africa. While many veterinarians and researchers before him have postulated potential reasons for these diseases – such as low genetic diversity, vulnerability to stress, lack of exercise and possible nutritional deficiencies – clear causal mechanisms were very unclear and the incidence of disease in these animals remained high. Tordiffe suspected that in order to better understand the intricacies of the problem he would have to think outside the box and adopt a more holistic approach in his study. He set out to find answers using methods developed in the field of metabolomics.

Metabolomics is the scientific study of hundreds of small molecules called metabolites that are present within a body fluid, cell, or tissue. These are either intermediate or end-stage products of various metabolic pathways and provide a mass of information on how an organism functions. Tordiffe explains the process of metabolomics as being similar to searching through and analysing the contents of a person’s rubbish bin – the waste items found are a good reflection of what is going on inside the home.

In his study, Tordiffe predominantly analysed the fatty acids, amino acids and acylcarnitines in the blood of both captive and wild cheetahs in Namibia. Urine samples from wild cheetahs were harder to come by and he therefore focused on the interactions between over 300 organic acid compounds in the urine of captive individuals.

He found dramatic differences between the serum fatty acids of captive and free-ranging cheetahs. Captive cheetahs had much higher concentrations of polyunsaturated and monounsaturated fatty acids in their blood. He also found high concentrations of several phenolic compounds in the captive cheetahs'urine. He argues that the levels of these compounds could have serious negative effects on the health of these animals and suggests that the diet they are fed in captivity is largely to blame. As specialised carnivores, cheetahs are very sensitive to changes in their diet. In the wild they typically hunt small antelope and consume most of the carcass, including bones, organs and hair, within a few hours, while it is still fresh. They do so in order to prevent their food from being stolen by larger, stronger predators such as lions, hyenas or leopards. 'After they have gorged themselves they will often fast for a few days before they hunt again,' Tordiffe explains.

In captivity the scenario is very different. Captive cheetahs are primarily fed the muscle meat of domestically farmed species. This food is particularly high in the aromatic amino acids tyrosine, phenylalanine and tryptophan. While further studies are underway, Tordiffe suspects a proportion of these amino acids arrive undigested in the cheetah’s colon. Colonic bacteria then ferment and convert them into phenolic compounds which are absorbed into the bloodstream. Some of these phenolic compounds have been shown to suppress the enzymes that are important in the production of dopamine, an important neurotransmitter in the gastrointestinal tract and kidneys.

In the gastrointestinal tract, dopamine increases motility (the ability of organisms and fluid to move or get around), increases blood supply and regulates the immune system. In the kidneys, it helps regulate blood pressure and salt excretion. The suppression of dopamine production could therefore potentially be a primary factor in the chronic gastrointestinal and kidney diseases suffered by captive cheetahs.

Tordiffe also suggests that cheetahs may not have sufficiently potent anti-oxidative pathways to deal with a diet high in polyunsaturated fats. The carcasses of farmed, monogastric animals like chickens, horses and pigs have a relatively high polyunsaturated fat content when compared to that of the fresh ruminant prey that cheetahs typically eat in the wild. Polyunsaturated fats are sensitive to oxidation, particularly if the meat is stored for a period of time before being fed to the cheetahs. These oxidised fats may cause further damage to the health of captive cheetahs.

Based on his findings, Tordiffe is able to offer guidelines and advice to facilities that house cheetahs. While the obvious notion would be to feed captive cheetahs food that is more closely aligned to their natural diets, this is not always feasible. Fresh sources of small ruminants are not necessarily a viable option – ethically, financially or even practically, but keeping high-value animals and feeding them poor quality food, just does not make sense. 'If you want to keep cheetahs and keep them healthy…you have to consider the costs,' says Tordiffe. The challenge now is to find ways to modify their diets without causing detrimental health effects. 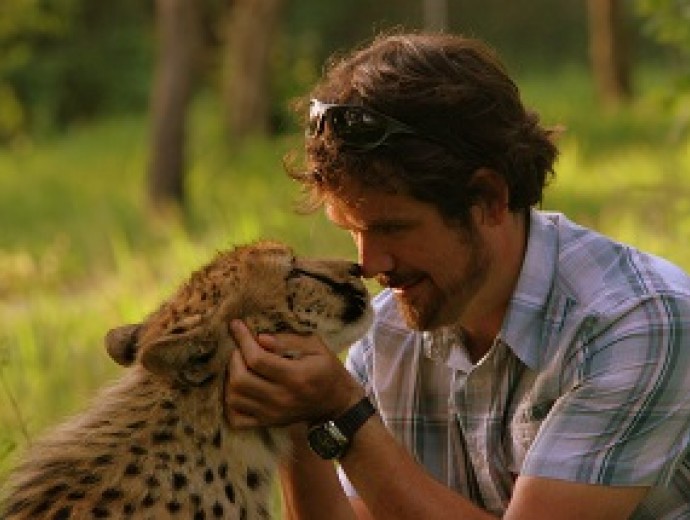