The road to Tokyo has been a rocky one. A four-year planning process turned into five, bringing numerous challenges and constraints. A 5-month lockdown with very limited training options coupled with the potential unknown side effects of contracting COVID-19 and how that will affect an athletes’ performance ability and safety post infection has been foremost on many an athletes mind. These are some of the major challenges faced by all in their preparations for Tokyo.

The multidisciplinary SEMLI team has been lucky enough to work with the Olympians and Paralympians who base themselves at our facility. The staff that have played a major role in these athletes’ preparations include Sport Scientists Claire Arnott, Ashley De Beer and Kirsty Elliott, with medical support from Dr Carolette Cloete and Dr Marcel Jooste, Physiotherapy from Anri Coetzee and Sanet van Zyl, Psychology (Marteleze van Graan) and Biokinetics (Kelly Muller, FC du Toit).

Claire Arnott who heads up the Swimming strength and conditioning program has worked with Tatjana Schoenmaker for the past 10 years, in close collaboration with Coach: Rocco Meiring, they have provided the platform for her to develop into the Olympian she is today. Kaylene Corbett and Pieter Coetzé are also supported and trained by Claire with tailor made programs to make them the best version of themselves.

Ashley De Beer is the Sport Scientist responsible for working with our Tuks Hockey squads. Four representatives from the Ladies team and one from the Men’s team will represent SA at the Olympics. Ashley has played a big role in preparing all these players physically over the past two years to represent themselves and their country at the highest level. His close collaboration with Coaches Inky Zondi and Sihle Ntuli who are also part of the Tokyo coaching staff, has ensured a vital link between the National teams and the players training base.

Kirsty Elliott works with the Tennis SA wheelchair performance players who are based at Tuks Sport on a full time basis. Three of these players including Kg Montjane, Mariska Venter and Evans Maripa will represent SA at the Paralympics in Tokyo 2021. Mariska Venter has called SEMLI her home for the past 7 years and the rest of the group of players for the past two years of their preparations.

Dr Carolette Cloete (Snyders), a Clinical PhD Fellow at SEMLI, has been appointed as the Chief Medical Officer for the Tokyo 2020 Paralympic Games from 24 August to 5 September 2021.  She obtained her medical degree in 2003 from the University of Pretoria and completed her Masters degree in Sport and Exercise Medicine at UCT in 2012. She became involved in para-sport in 2013 and since then, she has had the privilege to travel to Rio Paralympic Games (2016) and Common Wealth Games (2018). She is passionate about this group of athletes and do not view them as disabled, but rather ‘differently abled’.

The Paralympic medical team will consist of 2 doctors and 3 physiotherapists taking responsibility for the physical wellbeing of the whole team (athletes, managers and coaches).  At the Paralympic village, the medical team will set up a designated area to attend to the needs of the athletes. They will also accompany the athletes to training and competition venues to give support as needed.

SEMLI also has a strong and long-standing research relationship with the International Olympic Committee (IOC) and the International Paralympic Committee (IPC), in support of the research mandate to protect the athletes’ health through the prevention of injury and illness in sport. As the IOC Research Centre of South Africa, SEMLI, in collaboration with affiliate Institutions University of Stellenbosch and the South African Medical Research Council (SAMRC), has been very active and influential in research at the Olympic and Paralympic Games, and has numerous publications related to the health, wellbeing and performance of athletes. SEMLI Director Prof Martin Schwellnus will be attending the Paralympic Games in his capacity as a member of the IPC Medical Committee, where he will oversee the medical care of the Paralympic athletes, and the ongoing injury and illness surveillance research study, which has been implemented since the London Olympics in 2012.

SEMLI is privileged to work with our Olympians and Paralympians and we are proud of the staff who have invested themselves, their expertise and time into the pursuit of these athletes’ dreams.  This year’s Games are going to present with its own set of challenges. Spectators will be limited (if allowed) and our athletes will have to compete without a cheering crowd. Let’s get behind them in showing your support! They are truly heroes. We wish the South African Olympic and Paralympic athletes and support staff a successful Games in Tokyo! 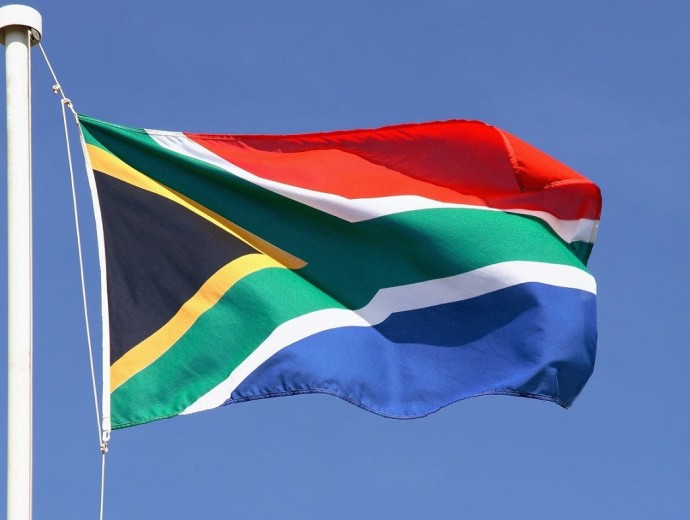 Wishing the SA Olympic and Paralympic teams a successful Games in Tokyo!