For the average marathon runner, excruciating pain is often inevitable during endurance runs, and popping a few painkillers before or during a race to make the pain more bearable seems like a no-brainer and is quite common.

But a recent collaborative study by UP Sport, Exercise, Medicine and Lifestyle Institute (SEMLI) has raised concerns that neither athletes nor race organisers realise the severity and health risks of taking painkillers at the starting line and during the race.

“Runners are using these medicines for pain relief, injury prophylaxis, completing the race, faster recovery and because they’re under the impression that it will result in an earlier return to training after injury or improve athletic performance,” says SEMLI Director Professor Martin Schwellnus.

But the adverse consequences and side effects of these drugs – known as analgesic/anti-inflammatory medication (AAIM) – are often greatly underestimated. “Many are over-the-counter options and self-administered by athletes before or during events without a doctor’s involvement,” adds Prof Schwellnus, “so these individuals do not get the necessary information about the dangers of the drugs.”

This first-of-its-kind study, conducted by UP sport and exercise medicine postgrad Adrian Rotunno under the supervision of Prof Schwellnus and Prof Christa Janse van Rensburg, focused on 76 654 runners who had entered the annual Old Mutual Two Oceans Marathon in Cape Town, which comprises a half-marathon (21km) and an ultramarathon (56km). The study sought to gain insight into partcipants’ health, medical history and use of AAIM.

Consenting participants completed an online questionnaire, and provided their medical history – which included information about cardiovascular disease (CVD), cancers and allergies – as well as general prescription use and medication use during a race. “The information provided is really important for ongoing medical and scientific research to improve race safety and medical care,” says Prof Schwellnus.

Previous research has found that the most common AAIM used by athletes during training, competitions and recovery are non-steroidal anti-inflammatory drugs (NSAIDs) and the highest prevalence of use is just before the start of a race and during it.

This recent study discovered several new reasons as to why athletes are more inclined to use AAIM. Those who have a history of musculoskeletal injuries from running, such as runner’s knee and Achilles tendinitis, are more predisposed to AAIMs as well as runners who have a history of exercise-associated muscle cramping (EAMC) injuries. “EAMC presents as a painful involuntary muscle contraction, so it isn’t surprising that AAIM use will be higher in these runners to prevent or treat EAMC during races,” says Prof Schwellnus.

Entrants who reported CVD symptoms or CVD risk factors and chronic disease on their assessments are more likely to use AAIM and are particularly more prone to using it just before the gun goes off as well as during the race. “A possible explanation is that the underlying chronic diseases may be associated with more musculoskeletal complaints, either from the underlying condition or from chronic medication that is prescribed in the treatment of chronic disease,” says Prof Schwellnus. These complaints could include general muscle aches, tenderness and weakness. Interestingly, results also showed that women and older runners have a significantly higher probability of AAIM use.

For researchers, the high number of participants that used AAIM is cause for concern. “Musculoskeletal side effects can also occur because AAIM blocks the pain messenger enzymes in the body – so you can actually be damaging tissue without realising it,” Prof Schwellnus warns. Ulcers and gastrointestinal bleeding, renal side effects and cardiovascular conditions such as heart attacks and strokes from the use of AAIM when competing in endurance sports events are also regarded as potential risks.

SEMLI believes that greater awareness of its use during endurance events needs to be acknowledged, as this could prevent serious cardiovascular incidences before they happen, and reduce the risk of other medical complications. “Our study’s findings offer crucial information for race organisers and medical teams responsible for mass community-based sports events,” says Prof Schwellnus.

SEMLI medical experts recommend that event organisers consider targeted educational interventions that aim to reduce the use of these types of medications among athletes. “We strongly advise that these events introduce a pre-race medical screening and educational programme to create awareness of the dangers of AAIM use during endurance sports to reduce the prevalence of use and subsequent risks to ensure a safer race for participants and responsible medical teams alike,” says Prof Schwellnus. 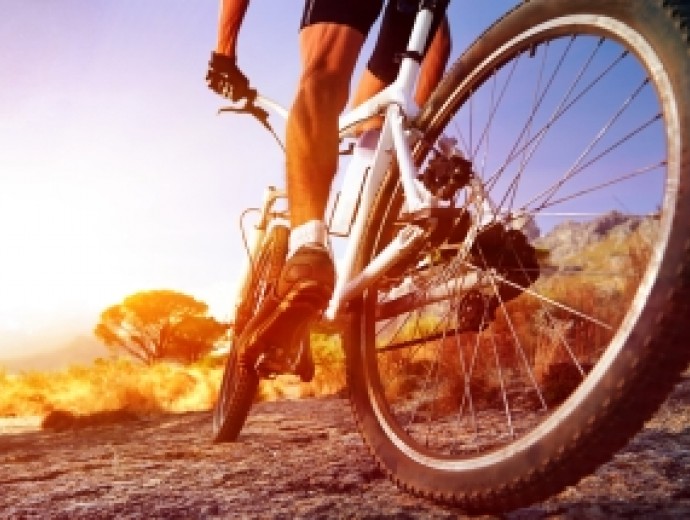