#TuksFootball: Teamwork is the reason why Tuks, under the headship of Maude Khumalo, are the 2022 Gauteng Sasol League champions

One thing that matters to the TuksFootball head coach, Maude Khumalo, is teamwork because it makes dream work.

"You may have the most incredible number of individual stars, but the team won't amount to anything if they don't play as a team. It is often said that talent wins games, but teamwork and intelligence win championships. I have found it to be true."

Judging by the results, the Khumalo succeeded in getting the players to buy into the concept of one for all and all for one. Tuks recently won the 2022 Gauteng Sasol League title following a five-three victory on aggregate against Croesus Ladies in the playoffs final. This also served as a qualification for the Sasol League National Championships.

If the Tuks head coach can have her way, it is not the only title her team will win this season. Three weeks from now, Tuks will play the Women’s Varsity Football tournament in Johannesburg. Unfortunately, last year, they lost to UWC in the final. The game was decided with a penalty shootout after full-time.

"Our goal is to win every trophy we can. The hope is that every time we win, we will make all our fans and everyone at the University of Pretoria proud. To do so means there is no resting on one's laurels. I have told the players that they had set a new standard by winning the Sasol League. Now they got to live up to it."

Khumalo became interested in football at the age of 13. As most girls do, she honed her skills playing against boys. As she got better, she started playing for teams such as Soshanguve Ladies and Hallelujah Zebra Force. In 2000, she was selected for Banyana Banyana, playing alongside legends such as Desiree Ellis, the late Makhosi Luthuli, Portia Modise and winning the COSAFA Women’s Championship. She also represented South Africa in major tournaments such as the African Women's Championship (now known as the Women's Africa Cup of Nations).

In 2014, she started coaching. Two years later, she started being involved with the national women’s teams from Banyana Banyana to Basetsena and Bantwana. One of the challenges Khumalo always set herself as a coach is to get to know every player personally.

"I need to know what makes them tick. What problems do they face away from football, and what are their respective goals are. Only then can I start to work towards getting the players to gel as a team."

Khumalo admitted last year that she could see that the players were getting frustrated about winning games for three years but not tournaments.

"It forced me to do some retrospection. I came to the conclusion that as a coach, I got a responsibility to help players live their dreams. So I started being more analytical.

"The turning point that led to us winning was when I got the players to be more disciplined and focussed on what is at stake. The players had to realise that commitment is key to being successful. We got to win as a team and lose as a team. When a teammate is not at her best, praise them. Don't put them down.

"I also believe in not making the changes for the sake of doing so. After each game, I would analyse everything that happened on the field. I especially make an effort to see how different players interact with each other. Having effective combinations on the field is essential.

"It is also vital to have a good balance between experience and youth in a team. The younger inexperienced players bring energy to the team while the older players ensure there is mental strength on the field." 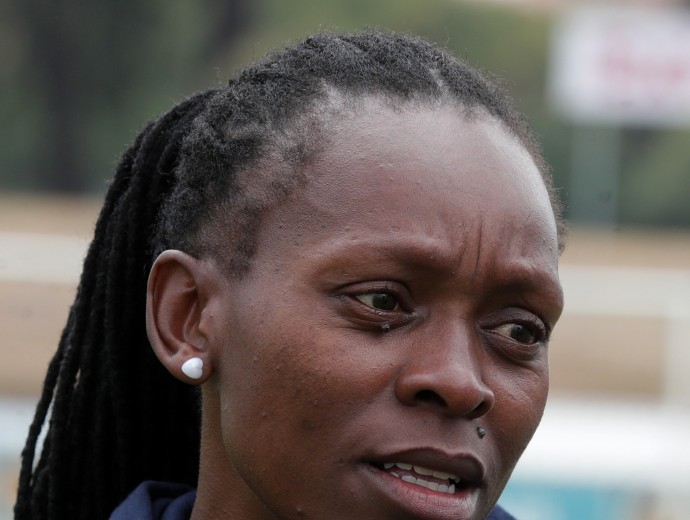