#TuksNetball: Mbalenhle Ntuli is a firm believer a good captain gets the team to work with her and not for her

Leadership is earned, not demanded is Mbalenhle Ntuli's mindset in the 2022 Varsity Netball edition. She has been appointed as the captain of the TuksNetball team for the current competition.

In 2019, she was part of the Tuks team that won the Varsity Netball title following their unbeaten run throughout the whole tournament. The final-year BCom Financial Sciences student at UP-Tuks firmly believes a good captain gets the team to work with her and not for her.

"My best quality as captain is my willingness not to be always right. I certainly don't know everything. There are definitely times when I am not in the right, especially regarding attacking drills. So I am willing to ask a teammate what is required," explains Ntuli, who plays on defence.

Judging from the team list, the Tuks team seems to be inexperienced. Only three players have experienced what it takes to play Varsity netball. It is not something that fazes Ntuli.

"I got the best team to captain as I know that my teammates got my back and I theirs. I can't wait for the tournament to start as it will be a fantastic experience. Our team has grown in leaps and bounds since the USSA Tournament. We are ready to take the lessons learned and put them on court. We have worked hard to finetune our skills over the past few weeks."

According to the Tuks student-athlete, she has been playing netball for ages.

"My mom used to be a netball coach. Needless to say, I could catch and throw a netball before I could write my name. I officially started playing when I was in Grade 2. I love everything about netball . . . the camaraderie . . . the technique . . . execution of skills."

The Tuks captain is passionate about playing as wing defence or goal defence.

"I think it is every young player's dream to be the goal shooter, but it is not me. There was that one tournament in my second year in which I had to play as a shooter. It was the most stressful experience.

"It made me realise I am a defender. I get a rush every time I steal the ball from the opposition. I also love the challenge of trying to read the game, pre-empting what might happen in order to foil an opposition attack."

"Serena showed me if you want to make a difference and are willing to do the work, you will succeed. It does not matter where you are from or who you are. It only matters how much you are willing to put in and how driven you are." 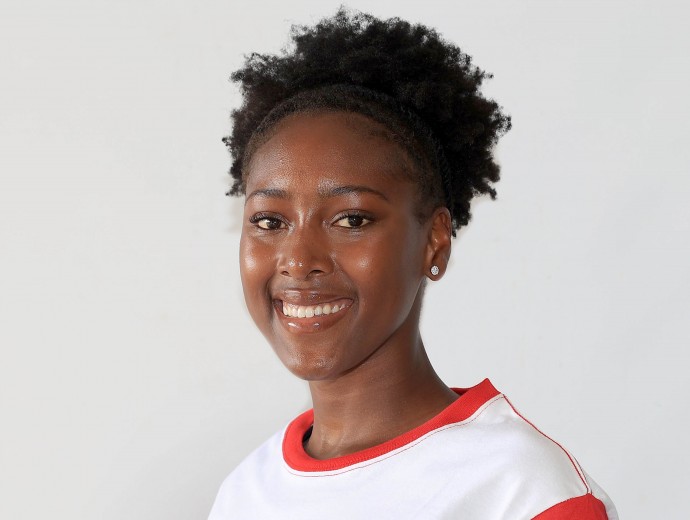