#TuksJudo: Geronay Michaela Whitebooi has withdrawn from competing at the 2022 World Judo Championships next month

After winning gold at the recent Birmingham 2022 Commonwealth Games in England, Geronay Michaela Whitebooi of TuksJudo, set herself the challenge and that is to be at her best level every time she competes. She has opted not to compete at the upcoming 2022 World Judo Championships in Uzbekistan.

This past weekend, the Tuks judoka competed at the 2022 Riccione European Open Tournament in Italy. She lost in her first fight against Laura Espadinha of France. According to her, the defeat was a reality check.

"It made me realise that I am not near the form I need to be to compete at the World Championships. I need more specific training to ensure that I am more competitive. So I decided to come back to South Africa.

"I know I was quoted in a newspaper article that I withdrew from the South African team because of lack of funding. It is not the whole story. I raised questions about why I got to pay for my own expenses to compete at the World Championships. At a rough estimate, it would cost me around about R50 000.

"I got sponsors who will pay for me to compete at Worlds. But, I got to be fair to them and myself. What is the purpose of going to a championship when you know there is a real chance of losing your first fight? It boils down to a waste of money and time.

"I need to improve my world ranking because if I don't, the same thing that happened during last year's Tokyo Olympic Games will happen again and again. I will end up fighting the top contenders every time in my first fight. But if I can improve my rankings, it could happen that I will fight weaker opponents at first.

"So the goal now is to compete in international tournaments after the World Championships where I can win and gain points. I can promise I will not compete when I feel I am not at my best. My body will tell me when I am ready to do so.

"From now up to the 2024 Olympic Games in Paris, it is going to be essential to make every opportunity I get to compete internationally count."

In the past few years, Whitebooi has had the priviledge to compete and medal at major tournaments such as the African Junior Champs and Senior Champs. Last year, she made her Olympics debut in Tokyo, Japan. 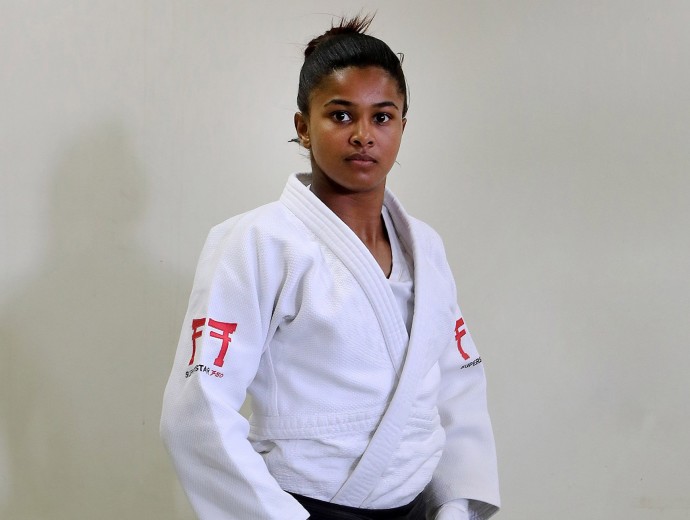