#TuksFootball: "I see myself as a technical player aiming to bring calmness into the team,” says Paballo Mamabolo

One thing which seemingly never changes in Varsity Football is that there will be a stage when Tuks is against the wall during the tournament.

There is that one game they absolutely can't afford to lose because if they do, it is a near certainty that they not be in action in the playoffs. When they take it to the field to play to face VUT in Round 4 on Thursday, 11 August, it might just be that game.

The tricky for Tuks is that next Thursday (18 August), they play TUT. The "Red Devils" has built a reputation as Tuks's rival in Varsity Football. It means when Tuks play TUT, nothing can be taken for granted. For this reason, a victory against VUT is non-negotiable.

For Paballo Mamabolo none of this matters-at least for now. He wants to play and be his best to help Tuks win. On debut last week, he did precisely that. Playing as a midfielder, he was the playmaker. His heroics did not go unnoticed. Mamabolo was named Player of the Match against NWU Eagles.

Don't expect the youngster to brag about his exploits, as he won't. He is a team player.

"I see myself as a technical player aiming to bring calmness into the team and hopefully also some football intelligence. I am a forever student of the game. When not studying or socialising, I watch football. My favourite team is Barcelona, but I am not only watching their games. I watch the other teams as well; it gives one a better understanding of the game.

"The two players who have influenced the way I play are Sergio Busquests (Barcelona) and Oupa Manyisa (Orlando Pirates). I especially owe a lot of gratitude to Oupa Manyisa. I often talk to him the advice he has given me has stood me in good stead.

"I got to thank my dad. I used to watch him when he played. I was still young when he started to hone my football skills in our backyard. He has taught me the most important lesson: never give up."

When asked what brought about the change in fortune for Tuks last week when they played NWU Eagles, Mamabolo's answer is simple - "We changed our style of play. We realised most of us are true footballers and like to have the ball onto our feet and not just kicked away."

The TuksFootball Academy graduate makes it clear that finishing his studies is essential.

"So many footballers don't seem to realise that no playing career will last forever. The day they stop playing, they realise there is still a life to live, and they don't know what to do. I don't want it to be me." 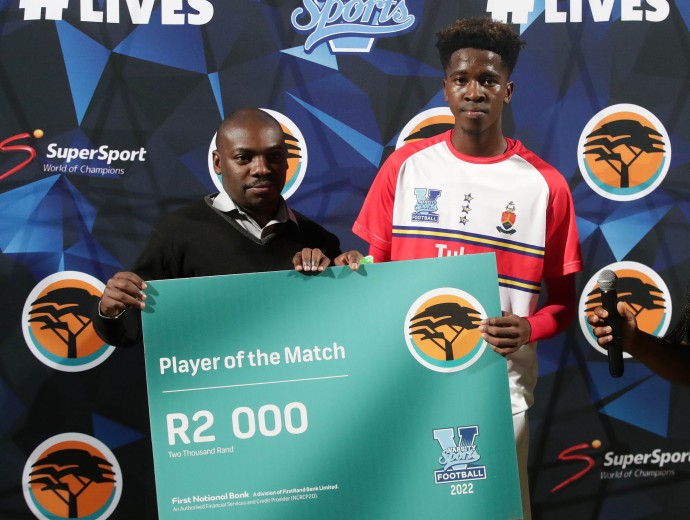