#TuksSwimming: The 18-year-old, Pieter Coetzé, is confident of winning more medals at the Birmingham 2022 Commonwealth Games

The football legend Cristiano Ronaldo once said, "If you don't believe you are the best, you will never achieve all that you are capable of."

The 18-year-old Tuks swimmer, Pieter Coetzé, took these words to heart. It is paid dividends. Last night in Birmingham, he became a Commonwealth Games champion, winning the men’s 100m-backstroke with a time of 53.78s.

The result is no surprise. From the age of 16, the youngster had big dreams. He talked about competing at the Olympic Games and World Championships when most of his compatriots were happy to win gold at the South African Junior Championships.

Coetzé justified his lofty aspirations by saying - "From a young age, Ronaldo was never content. He wants to win more than others and to show that he is better than the rest. Ronaldo's extreme will to win motivates him to work long, hard hours. I strive to do the same."

The Tuks swimmer was not just making small talk at the time. He was committed to every word he said. What helped is that he has undoubtedly got "BMT" (big match temperament). He was 15, he won the 100m-backstroke during the national short course championships and was second in the 50m-backstroke. For the last two years, he has dominated the backstroke events at the South African Champs (25 metres and 50 metres pool). He seemingly has got a love for gold.

In 2021, he made South African swimming history by becoming the youngest male swimmer to qualify to compete at the Olympic Games. He was 16 when he qualified and 17 when he competed. His is not a story without drama.

Coetzé initially missed out on qualifying for the Games in the 100m-backstroke when he slipped at the start of the national champs final. A few days later, during a specially arranged time trial, he missed out by 0.07s. There were tears of frustration, but still, the Tuks swimmer refused to forsake his Olympic dream.

The 4x100m medley relay offered him one more opportunity to qualify. Coetzé was hell-bent on making it count, and he did. He swam a time of 53.62s. The qualifying standard was 53.85s. It was the day he proved that he genuinely has "BMT".

Coetzé's first memory of watching the Olympics was when he was eight. He saw how Chad le Clos clinched gold in the 200m butterfly ahead of American Michael Phelps during the 2012 London Games.

At the time, he had no genuine interest in swimming. The Tuks swimmer only tagged along to galas when his sister Jana swam. Every so often, he would jump in himself and swim. Le Clos's victory changed everything. A month afterwards, he was seriously training.

Fittingly it was Le Clos who described the 16-year-old as an incredible talent after they duelled it out in the 50m-butterfly during last year's national championships in Gqeberha. Le Clos won with the Tuks swimmer being second.

Things did not pan out as Coetzé had hoped during the Tokyo Games. He finished eighth in his heat, swimming 54.05s.

"The greatest thing about the Games is that I got to see how the world's top swimmers do things. I even got to talk to a few of them.

"The mistake I made in Tokyo was to overthink things before I got to compete. I was stressed two days before the 100m-backstroke heats, but I was as calm as can be on race day. That was not good. It would help if you were a bit nervous before competing. It is what gets the adrenaline pumping," Coetzé.

The Tuks swimmer would not make the same mistake again. Earlier this season, during the Mare Nostrum Swim Series in Europe, he won five gold, two silver, and three bronze medals in the backstroke events.

"I won't lie. At first, I was nervous when I started to compete against older swimmers internationally. But things changed. I still respect my opponents. It is an honour to line up to swim against the best. The difference now is that I think about how I will win when I step onto the starting blocks. It does not matter who is also lining up next to me," Coetzé explained. 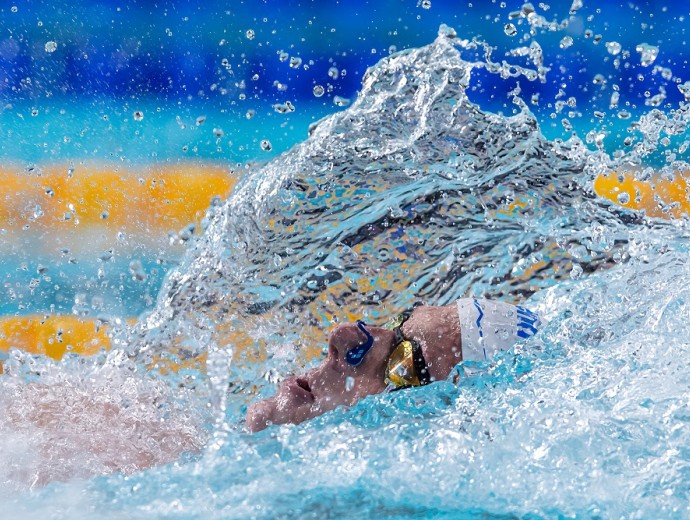