Another year, different challenges, but in the end, with the same result, is seemingly how the USSA Hockey Tournament will play out.  Last year, the Tuks teams – men and women, were crowned USSA Hockey champions.

This year, both teams finished second. On a positive note, the Tuks teams were top goalscorers of the tournament in their respective divisions. The men's team had 25 goals and the women's team with 17 goals in a joint place with Maties.

Ayakha Mthalane is one of the young players making his USSA debut for the TuksHockey men's team. Being a novice does not mean he lacks confidence. He backs him and his teammates to win. It is just a case of sticking to what they practised.

Playing as a striker is a challenge he loves.

"To me, a good striker thinks on his feet. In a nutshell, it is about being aware of the space around you and the weaknesses in your opponent's defence so that when you hit the ball, you know exactly what will play out. Actually, it boils down to outsmarting the opposition defenders. It is pressure, but I love it as it keeps me on my toes."

According to Mthalane, his dad has significantly influenced the way he thinks about life and his approach to playing hockey.

"Back in the day, my dad was an avid marathoner. I am not sure, but I think he has completed seven Comrades Marathons and countless other marathons. Since I can remember, he has been trying to instil that sense of perseverance of finishing what you start in us, his children. I always try to take his words and advice too hard in everything I do."

In the back of his mind, Mthalane is considering taking up the challenge of trying to run the Comrades Marathon one day. But he will only do so once he packs his hockey stick away for good. For now, the only hard running he does is on the Astroturf trying to score goals.

Hockey is one of the sports in which players run the most. According to an article in the Runners World, a hockey player can run up to nine kilometres in a tough encounter. Mthalane quickly points out that most of it is done at speed.

"During a game, we continuously sprint 10 to 30 metres. In three minutes, we quickly make ten or more sprints."'

Only footballers run more. They can do 11 kilometres in a game, but they play 30 minutes longer. 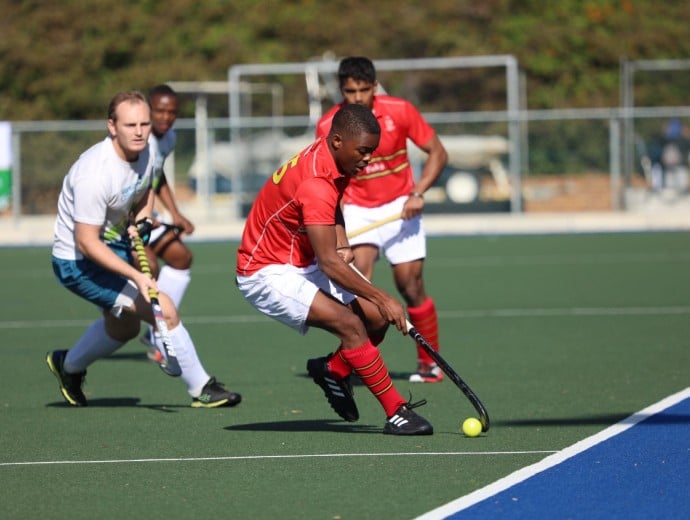