#TuksRugby: Stephan ‘Karools’ Smit looks up to the All Blacks legend, Richie McCaw

Being 1.87 metres tall and weighing 95kg, Stephan Smit is considered too small to play as a flanker.

But since 2018 at Tuks, he is one of the first names to be dotted down when the team is selected to play in the Varsity Cup or USSA Rugby Champs. Commentators who have seen him play describe Smit as the player any coach could go to war with and that comes with a good reason for it. He will put his body on the line time and time again.

When it comes to defending, it is a case that the bigger you are, the harder you are going down. Smit will often execute three to four massive tackles in mere minutes - saving matches. He also seems to have real anticipation for the game, popping up at the right moment to take a vital pass. When that happens, it usually means points on the scoreboard.

He is the captain of Tuks in the 2022 USSA Rugby Championships – Men’s 15s. In their opening match, Tuks outplayed UWC. When the referee's whistle blew for the last time, the score was 54-23, in favour of Tuks. On Wednesday, at 3 pm, Tuks will play Wits in the semis. Tuks is the host of the USSA Rugby Champs.

Apart from Tuks, Smit has played one game for the Vodacom Bulls. He has also represented the Bulls U-21 team.

Unfortunately for Smit, size does seem to matter in South African rugby. It leaves the Tuks captain with a slight dilemma. How much can he afford to bulk up? When he started playing for Tuks, he weighed about 90kg. He had to make a concerted effort to get up to 95kg.

Richie McCaw, who captained the All Blacks in 110 of the 148 tests he played, is an icon to Smit.

"Richie McCaw proved that you don't need to be massive to impact the game's outcome. He did so, being one of the fittest players and his anticipation for the game. I am striving to do the same."

The reality, however, is that when the 1.87s metres tall McCaw was at his best, he weighed about 107kg. CJ Stander, the South African flanker who played 51 tests for Ireland, is 1.85 metres tall and weighed 114kg in his prime.

Smit's concern is that if he bulks up too much, he might lose some of his mobility on the field. One thing is sure the Tuks captain will not allow the ''size thing" to hamper his enjoyment of the game. He abides by a straightforward philosophy that there is a time and place for everything and everyone. So don't force what is not yet supposed to fit into your life. 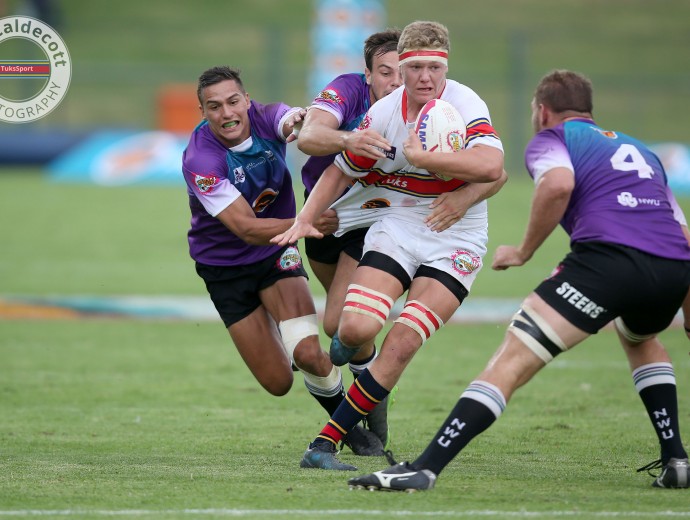