#TuksCricket: Gandhi Jafta is on a forever quest for perfection

The quality of a person's life is directly proportional to their commitment to excellence, regardless of their chosen field of endeavour.

The 2022 TuksCricket Women's Player of the Year, Gandhi Jafta, has taken the words of the renowned Vince Lombardi to heart in everything she does. To her, there are never any half measures. It is 100% or nothing.

She is currently pursuing her MSc in Advanced Data Analytics at UP-Tuks. It is a near-forgone conclusion that she will also go on to her Doctorate. But Jafta's dedication is not restricted to hours and hours of study. She is passionate about cricket.

A definite goal is to be good enough to play for Proteas Women. Jafta admits she has her work cut out to do so.

"We have got an excellent national women's team at the moment. It means I will have to be at my absolute best if I want to be in contention to play for them. I would have it no other way. But for now, the focus is to finish my master's degree. Once I have done so, I can focus more on improving my cricketing skills.

The TuksCricket women’s captain has played for the South African Emerging team and the National Women's Academy team. Jafta is also contracted to play for the Titans Ladies. She is an all-rounder, batting at number four or five and bowls off-spin.

She is considered an expert statistician, but it does not help to ask her what her best batting or bowling performances are. She does not know.

"I think my best batting performance for the Titans was scoring 80-something runs, and for Tuks, it could be 70 something. As a bowler, I have taken three wickets on quite a few occasions for Tuks. But I don't want to be lying. I really should improve at keeping my stats," said Jafta.

According to her, she is not an aggressive batter.

"I can go for the big shots if needed, but in reality, I am more an accumulator of runs."

"Basically, I chose to bowl off-spin because I am lazy and don't like long run-ups. Don't write that. I am just kidding. When I joined the Titans, they already had a core of well-established bowlers. As I wanted to be in the thick of things at all times during a game, I decided to take up a bowling spin. At a provincial level, my role is primarily to try and restrict the run rate, but when I play for Tuks, I am a wicket-taker."

One can't help but wonder about the name Gandhi? Jafta laughs when asked why she is named Gandhi.

"Many people presume that I was named after Mahatma Gandhi because of the role he played in South Africa's politics, but I am not. I was named after Indira Gandhi, India's only female prime minister. My mother was reading a book about Indira Gandhi when pregnant. That influenced her when a decision about my name had to be made." 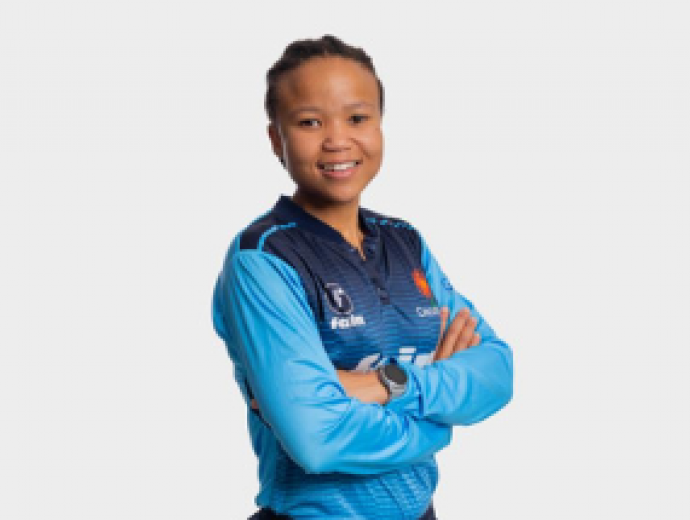