#TuksAthletics: Wayne Snyman pushed to the limit to win silver at the recent 2022 African Athletics Championships in Mauritius

Losing a 20km walk race by a hundredth of a second at the recent 2022 African Athletics Championships in Mauritius could be considered a setback, but the result does not faze, Wayne Snyman, as he has a definite goal.

The 37-year-old and two-time South African race walking champion plans to retire at the end of the year. So the Tuks athlete has his sights set on going out with a "bang". To him, it is a top ten finish at the upcoming 2022 World Athletics Championships in the USA.

That is why he considers winning a silver medal in the men’s 20km race walk with a time of 1:22:05, during the recent African Champs as the glass being half full and not half empty.

"Sunday's race was, without a doubt, challenging. There were four of us vying to medal. It meant we were testing each other all the time. I would take the lead, then one of the Ethiopians and then the guy from Kenya. No one relented.

"There was a lot at stake for Kenya's Samuel Gathimba. He needed to win because it meant a wild card entry to the World Champs. So he really upped the pace over the last kilometre. I was the only one that was able to stick. I think we clocked 3 minutes 48s in the final kilometre. It took its toll. That is why I got pipped in the last metres.

"Still, I am happy with my performance. I did not taper at all for the race. I have not even started to do speedwork. I viewed the race as a hard training session as I wanted to see how my body held up under pressure."

Snyman is in good knick this season. Earlier this season in Oman, he finished seventh during the World Athletics Race Walking Team Championships. He was ninth in the Czech Republic clocking 1:20:39. It is just 0.22s slower than his personal best time. He has won the SA 20km and 35km titles qualifying in both events to compete at the 2022 World Athletics Championships.

Tuks's Zeney van der Walt achieved a career first by winning the 400m hurdles in 56.00.s. It is her first African title. Taylon Bieldt (Tuks) was second in 56.67s. The two of them went on to help the South African women's 4x400m-relay team win gold. 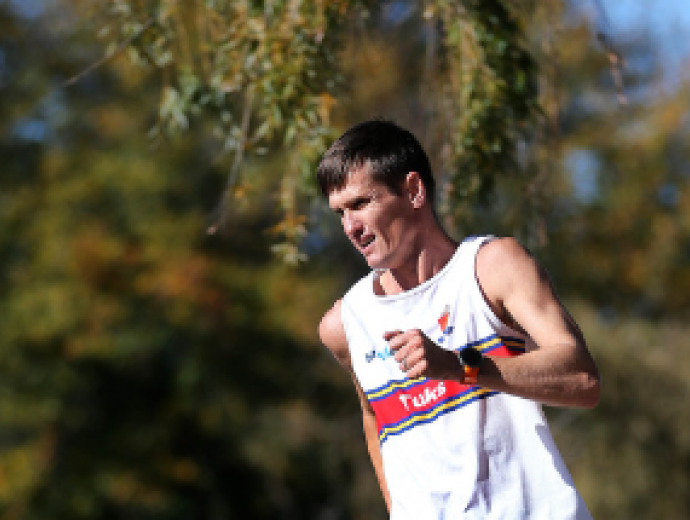