The Delta Drone TuksWomensRugby 7s team goal for this season is to win a world title. Should Tuks win, they will be the first university women sports team to be crowned world champions.
Their challenge is to win the first-ever FISU University World Cup Rugby Sevens tournament that will be held from 12 to 14 August 2022 in Kazan, Russia. Tuks will represent Africa. Only eight women's and eight men's teams will be competing in this first edition of the tournament.
The TuksWomensRugby 7s team brags about its reputation of being capable of beating the best. Before the COVID-19 pandemic outbreak, they won tournaments in France and Germany. They even thrived against leading national teams.
Riaan van der Merwe (Tuks head coach) is, however, the forever realist.
"Our players lack experience. Only six of the current team have played internationally. So there is a lot of hard work to be done. It would be nice to have one or more speedy players in the team as in sevens games are often won by raw speed."
Van der Merwe is banking that some first-year students might join the team.
"Just think for the first time you as a student can be part of a university team that wins a World Cup. I would have loved to have had such opportunity when I studied at Tuks."
Van der Merwe added that quite a few talented provincial hockey and netball players became Springboks after switching to sevens rugby.
"All it takes to be a good sevens player is passion and dedication."
Van der Merwe is excited that Liske Lategan (Springbok Women 7s player) and Kemi Baloyi are studying again. Baloyi captained Tuks to win the Varsity Sevens Tournament in 2019.
Van der Merwe has got quite a busy international schedule planned. If the Covid travel regulations allow for it, he hopes to play three tournaments in France, one in Spain, and one in the Czech Republic in the build-up to the World Cup.
He is pretty excited about the invitation to play at the Melrose Sevens Tournament (7-10 April) in Scotland. Tuks will play the main curtain-raiser. Melrose is regarded as the birthplace of sevens rugby.
"As far as I am concerned, it is one of the most prestigious events on the international sevens rugby calendar.
"It all started when Melrose Rugby Football Club needed to raise funds. It was Ned Haig who came up with the idea to shorten the game to 15 minutes. He also suggested that only seven players per side should take to the field. His reasoning was that it would make it possible to play eight games in an afternoon.
"The first tournament was hosted on 28 April 1883. Haig played for Melrose, who defeated Gala in the final. In 2008, Haig and Melrose Rugby Football Club were honoured for their role in creating rugby sevens with induction to the IRB Hall of Fame," Van der Merwe explained.
After the World Cup, Tuks will also play tournaments in Munchen and Dubai. There is an off chance that they might play in the USA.
The TuksWomensRugby training practises are held on Mondays, Wednesdays and Thursdays from 17:30 onwards.
- Author Wilhelm De Swardt
Share this page
Published by Bhekani Ndebele 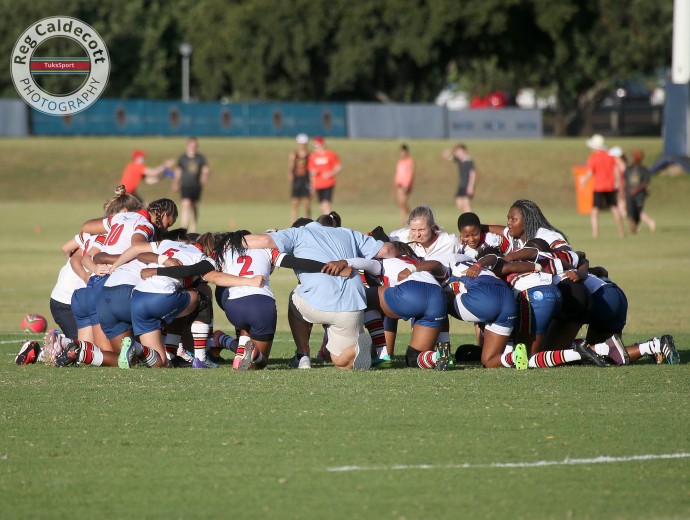