#TuksNetball: The Gauteng Jaguars are not taking anything for granted in the 2021 Telkom Netball League

The Gauteng Jaguars, under the headship of Jenny van Dyk (Head of Programme & Head Coach at TuksNetball), have fine-tuned winning games into art in the 2021 Telkom Netball League.

The team won their first nine games on the trot scoring 463 goals and conceding 310. It means, the Jaguars approximately have a 76.5% winning rate on average. In the 2020 Telkom Netball League edition, they won 11 of the 12 games they played. The only game they drew was against the Western Cape Stings.

But still, the Jaguars will not take anything for granted from now to Sunday in Rustenburg.

"The fact that we are still unbeaten makes it easy to get complacent. The one thing I have learned is that sport can be unpredictable. There is a reason why it is said any team is only as good as their last game," said Marlize de Bruin, Jaguars captain.

"Naturally, we would want to win the tournament for a fifth consecutive time, but to do so means we first got to qualify for Sunday's final. So it is a process. Our focus is on taking it one game at a time. In every game, everyone has to give 100%. If we should lose a game, it is not going to be the end of the world. It only means we got to refocus."

"She is a brilliant strategist. 'Coach' is a forever student of the game looking for ways to give us that slight edge when we take to the court. It is what helped to establish our team's winning culture."

De Bruin, who is based at TuksNetball, plays centre for the Jaguars.

"I love it as you got to be able to think on your feet. My biggest asset as a centre is the ability to play the ball wide into open spaces. A good centre must be able to adapt to what is happening on the court. I always say play what is in front of you. The biggest mistake you can make is to rigidly stick to a specific game plan."

De Bruin is also starting to make a name for herself as a coach. She recently helped guide the Tuks under-19 netball team to win the 2021 Twizza National Netball Club Championships.

"It was a fantastic experience, but I am still a bit of a softy. At first, I tried to give everyone game time, but I realised that is not how it works. You got to play your best players. The players that understand the game plan.

"A good coach should also not be afraid to speak her mind when things go wrong on the court. I actually could not believe how I lost my temper during the semi-final when the team was 8-2 down. No team should ever be 8-2 down in any game. Luckily the players took to heart what I have said."

The Jaguars has been winning the National Netball League since 2017. They have contested each final since the inception of the tournament seven years ago. The core of the team is Tuks based players. 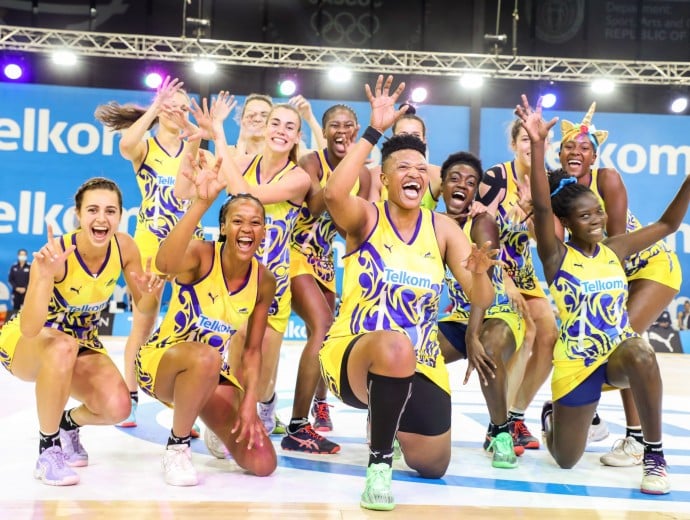