The Tuks based swimmer broke the Danish swimmer, Rikke Møller Pedersen's time (2:19.11) that was set in 2013 at the World Aquatics Championships.

The moment Schoenmaker's hand touched the wall and the world record time flashed on the scoreboard Rocco Meiring, Schoenmaker's coach, went into a wild celebration of his own. He was jumping up and down with his arms in the air. His facial expression was showing it was mission accomplished.

There was a real chance that Meiring might have missed this moment. About six weeks before the Games, he contracted the COVID-19 virus. There was a stage when Meiring could hardly breathe. He spent five days in a hospital's intensive care unit. Yet, throughout this ordeal, he never lost focus. Two days after being discharged, he was back at the Tuks swimming pool to coach Schoenmaker and Kaylene Corbett.

The television commentators lauded Schoenmaker's performance as a special moment in Olympic history. There was even praise for the University of Pretoria (UP-Tuks) as one of the world's best coaching facilities.

Schoenmaker and the USA's Lily King were the two main protagonists during the final. King had the fastest reaction and took an early lead. Within the first 50 metres, it became clear that there could be a world record. At that stage, King had about a body length lead on Schoenmaker.

The South African made her move over the third 50 metres closing the gap. The two swimmers were neck over the last 20 or so metres, but Schoenmaker had enough left for one final surge. It clinched the race.

According to Schoenmaker, the realisation of what she had achieved had not yet sunk in.

"I would have been happy just to swim an Olympic final. But, to have Kaylene Corbett, my teammate, swim the same final made everything more special.

"It is hard to believe that my Olympic journey is coming to an end, but I can't wait to go home to celebrate with my family."

Schoenmaker credits everything she has achieved over the past five days to her faith in God.

According to Corbett, she tried not to get over-excited about swimming her first Olympic final.

"I just wanted to swim a personal best. To place fifth at the Olympic Games is huge. As is seeing my teammate break a world record. She is an incredible swimmer and friend. Oh my word, I am so overjoyed." 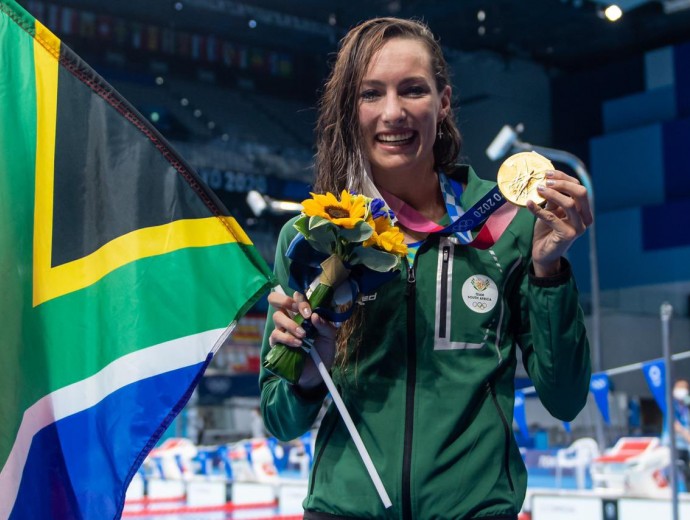