Tatjana Schoenmaker showed that qualifying for the Tokyo 2020 Olympic Games will be a breeze when she set a new African record during Swim South Africa’s Evaluation Camp Gala in Stellenbosch.

Rocco Meiring (TuksSwimming head coach) is not one to make bold predictions. Still, when he talks about Schoenmaker's preparation for the Tokyo Olympics, he hints that she can be faster.

"Over the last few weeks, our focus had been on speed. That is why she swam such a fast time, over 100 metres. In the build-up to next month's Olympic Trials in Port Elizabeth, our focus will be to improve her backend speed over 200 metres."

Meiring reiterated that their primary focus for the Tokyo Olympics remains the 200m-breaststroke. According to him, whatever happens in the 100m-breaststroke will always be a bonus.

"The problem is that training intensively for both events can be counterproductive in the long run. Tatjana, however, needed to be faster than 1:06 over 100 metres. From now on, it is all about marginal gains," explained Meiring.

"I want Tatjana to consistently swim times of two minutes 23 seconds in the 200m breaststroke. The ultimate is to get her to swim 2:21 or even faster."

According to Meiring, participation at next month's Olympic Trials is going to be by invitation only. He expects only 100 or so swimmers to get the nod from Swim South Africa to compete. What excites him is that 25 of them could be Tuks swimmers.

"If it happens, Tuks will be the best-represented club at the Trials."

On the other hand, due to the COVID-19 guidelines and regulations, there will be no national championships. Each region will host each own championships. Tuks will host a gala for the Northerns regions from 16-18 April 2021. 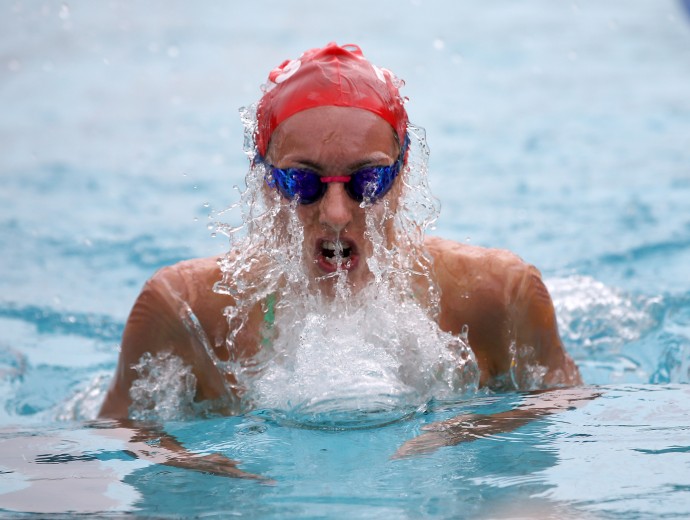