#TuksSport: Jani Bergh and Euné Odendaal hope to follow in their mother’s footsteps at TuksNetball

It will be a case of ‘LIKE MOTHER, LIKE DAUGHTER’ when the TuksNetball duo - Jani Bergh and Euné Odendaal – takes it to the court to play their first official match this season.

More than two decades ago, Dr Wilma Bergh and René Odendaal played for Tuks. They both earned their SA Protea colours in netball. Odendaal went on to be part of the most glorious moment of South African netball, in 1995 when the national team won a silver medal at the World Netball Championships.

Their daughters, Bergh and Odendaal are now playing for Tuks. Maybe history could repeat itself in two years when South Africa hosts the 2023 Netball World Cup in Cape Town. At the moment, Bergh has already represented the South African Under-18 Schools team in 2017.

One advantage both Tuks players have is getting advice from the best. If they dare to err, they will hear about it.

The South African netball national team booking a spot for the 1995 World Netball Championships final in Birmingham was a major upset. It was not supposed to happen. Earlier that year, they still got beaten when touring Australia and New Zealand.

According to Odendaal, they were quite an "old team" as far as age was concerned.

"On average, we were 30 or older. I was 33 at the time. Some of my teammates were even older. Most of us were also married with children. Irene van Dyk and Dominique Harverson were the two youngsters.

"The one thing we got going for us was the hunger to win. There would be no second chance for many of us. It certainly made us more motivated. It can be said that we were out to prove that life starts at thirty.

"Our big moment during the World Cup was beating Nieu Zealand 59-57 during the pool games. That led to us qualifying for the final. I have to admit we were slightly overwhelmed playing Australia. It turned out to be one game too many."

Wilma Bergh got selected for Kay Meyer-team in the eighties. Due to Apartheid, it was the highest honour South African netball players could strive towards at the time.

Euné Odendaal is for now not obsessed with playing netball for South Africa. For her, it is a case of first things first. While at school, she was considered to be a talented swimmer.

Odendaal even had an offer to go study and compete in the USA. Unfortunately, or fortunately, a shoulder injury had put an end to that dream. It led to her starting to play netball again about two years ago. In December 2020, she represented Tshwane B-team at the SPAR National Championships.

Jani Bergh was unfulfilled when doing the interview as she had torn her ankle ligaments during training that means being side-lined is not something she enjoys.

She plays centre as her mom did. Bergh considers her speed and the ability to read the game as her best qualities on the court.

When asked the most important thing she learned from her mom, her answer was: "Hard works beat talent on any day." 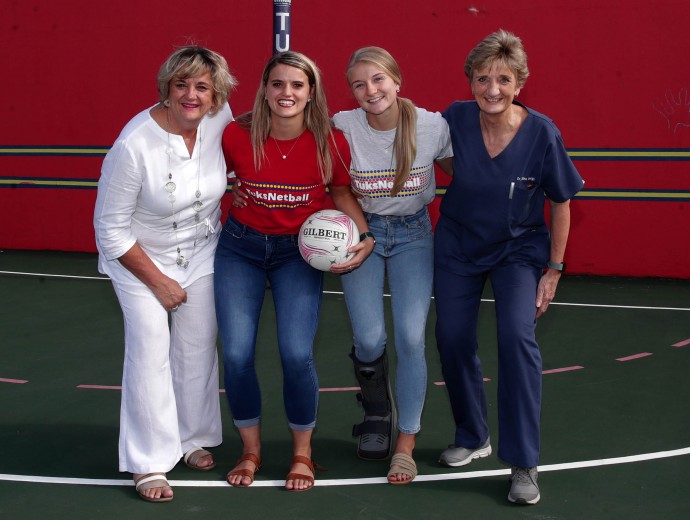