#TuksHockey: "For me, playing striker is never about personal glory. It is about what is best for the team." — Edith Molikoe

There is nothing the Tuks player loves more than to have a stick in hand dribbling a hockey ball past opponents. As far as she is concerned, nothing ever changes when stepping on the Astroturf. There are goals to be scored. She wants to be instrumental in making it happen.

That is why she is part of the South African Olympic women's training squad. Molikoe is also selected to represent South Africa at the upcoming African Junior Cup tournament that serves as a qualifying tournament for the 2021 Junior Women's Hockey World Cup.

Still, it does not end there. So far, at the age of 20, Molikoe holds 30 indoor hockey international caps under her name.

She started playing hockey when she was eight years old. Molikoe also excelled in other sporting codes but it was hockey that genuinely got her adrenaline pumping. She mostly plays as a striker or midfielder and loving every minute of it.

"As a midfielder, you need to be assertive because you are doing two jobs. On the attack, you got to try and set up scoring opportunities, and you must be able to defend.

"I guess my best quality as a striker is that I am 'strong' on the ball'. I seldom lose possession. For me, playing striker is never about personal glory. It is about what is best for the team. I am happy to set up scoring opportunities for my teammates."

Molikoe considers the 2018 Series against Australia's under-18 team as a highlight.

"We have never managed to beat Australia. Needless to say, we were quite nervous before our first encounter. Perhaps it was a good thing because we brought our best game to the table'. One of the outstanding moments for me was when I scored a goal in the second game that sealed the deal for us."

In 2018, she was also selected for the SA indoor national team. Highlights were beating Poland and getting the better of the Czech Republic.

The Tuks player is hesitant to single out role models.

"Everyone I came in contact with throughout my sports career had a big impact on me and the way I think about things. I possibly got my love for all sports from my dad," explained the first year BEd-student.

When she is not playing hockey or studying, Molikoe loves to read. She is currently reading Nelson Mandela's "Long Walk to Freedom". But she is not fussy when it comes to books. She will read anything if it seems interesting. 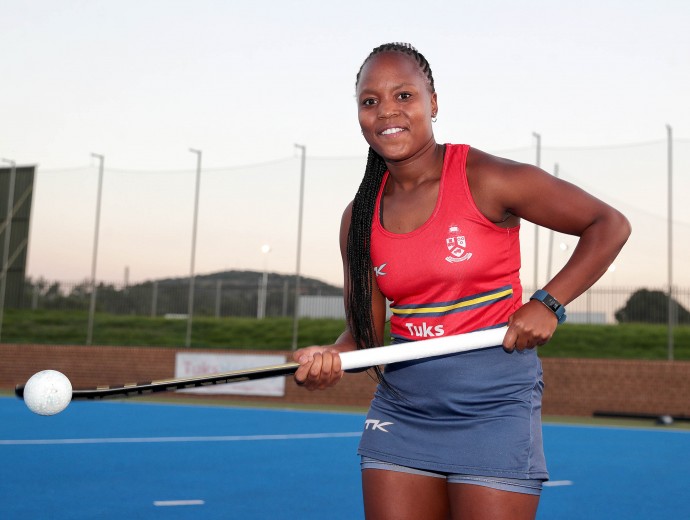