The Jaguars are on track to win the Telkom Netball League for a record consecutive fourth time after beating the Fireballs 47-32 this morning in Bloemfontein.

It is the team's seventh victory in eight games. They played to a draw against the Stings.

There is not much to say about this morning's game. Apart from the first 12 minutes, the Jaguars were in control. They did so through clinical and precise play. It seemed as if the players had a plan with each pass.

The Tuks Alumni and Jaguars centre, Marlize de Bruin, who seemingly never gets tired deservedly, got the player of the match award.

It is hard to believe that Jamie van Wyk (Jaguars goal defence) is only 19. When in action she comes across as a seasoned campaigner. The Tuks student is all over the court, making things happen every so often. It led to her being the moment maker of the game.

Van Wyk has great admiration for the way the Proteas's Carla Pretorius plays but, she is never going to be copycat.

"I always try and do my own thing. I mostly go with my 'guts', and I feel that is why I succeed in certain fascets, especially making crucial intercepts. Being able to read the game is genuinely vital to me."

Tomorrow afternoon at 17:00 the Jaguars play against the Stings. Statistically, it could boil down to a dress rehearsal for the final. The two teams contested 2018's as well as the 2019 final.

The Western Cape's Stings has the distinction to be the only team to manage to beat the Jaguars in the national netball league since 2018. They did so last year in the first of three encounters. The past Saturday they played to a 35-all draw.

The Jaguars' statistics in the national netball league are impressive. The team ended 2017's campaign by winning their last eight games on the trot. In 2018 they were unbeaten in ten games. Last year they won nine out of ten games.

Since the inception of the national netball league in 2014, only two teams have won. The Free State's Crinums won the first three tournaments. The Jaguars has the distinction of having contested all six finals. 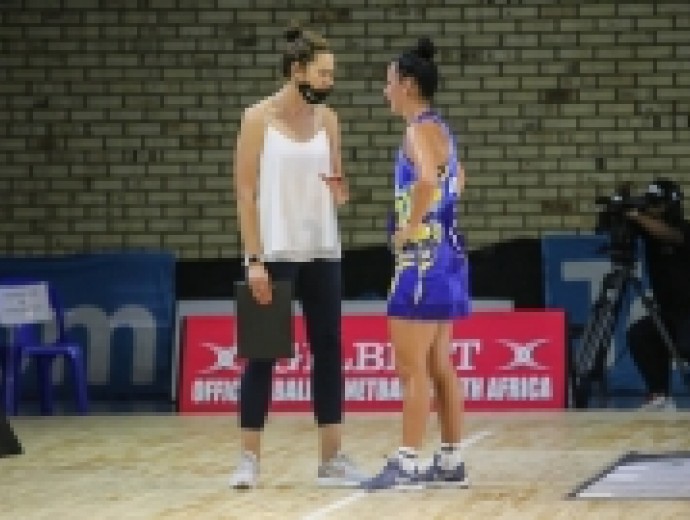