The past December Curtis Campher was playing cricket for Assupol Tuks fast forward seven months, and his name is linked to the likes of Eion Morgan who captains Engeland's one dayside.

It took the 21-year old only two international one-day games to make news headlines. Campher debuted for Ireland against England last week in Southampton. It was a classic scenario of when the going gets tough, the tough get going.

The Assupol Tuks cricketer could not have asked for a more stringent start to his senior international career. When he walked out to bat Ireland was with its back against the wall. The score being 28/5. England's David Willey was on the verge of hattrick having taken the wickets of Gareth Delany and Lorcan Tucker with consecutive deliveries.

Campher warded the hattrick of like a seasoned campaigner and went on to score an unbeaten 59 runs (118 balls). It was the second-highest score by a cricketer debuting for Ireland in a one day game.

According to him, his heroics boiled down to self-believe.

"I have worked so hard during our training sessions that I got to trust in my abilities. My philosophy as a cricketer has always been to keep things simple. It did not cross my mind that if I erred, there would be a hattrick. At the time, I was a batsman intend on defending my wicket. More importantly, I was out there to have fun.

"I will admit my first run in international cricket was a big confidence booster."

Things did not get any easier in the second one-dayer. When Campher got to the crease Ireland's score was 78/5. Again he did not let the pressure get to him scoring 68 runs from 86 balls.

Campher's back-to-back half-centuries make him the first Irish player to record fifty-plus scores in his first two ODI innings. Eoin Morgan had made 99 and 41 in his first two innings for Ireland.

"It is quite a cool stat to have going down the record books," the final year BCom Business Management student said.

The AssupolTuks cricketer underlined his versatility by also taking five wickets in the one-day series at an average of 28.80 and economy rate of 6.69. There is a story to be told about the first wicket he took in international cricket.

Campher struck in his first over with the ball when he had Tom Banton caught off a top edge. In 2018 when playing for the South African under-19 side against Engeland, he also got Banton to take the long walk back to the dressing room.

Campher admits that he is slightly surprised by his debut, but then again his reasoning has always been that you got to debut once, so you got to make it count.

"To play against world champions and play nicely is just the cherry on top."

Ironically he has not yet officially played any cricket in Ireland. The first time the Irish took note of his cricket talents was in 2018 when they were preparing in South Africa for the 2018 World Cup  Qualifiers.

Campher was in the Easterns and Northerns team that played against the Irish. He impressed by bowling Andrew Balbirnie (Ireland's captain) as well as scoring 49 runs. During the game, he let drop that he had an Irish passport.

The former South African cricket coach, Graham Ford, who coaches the Irish national team was impressed enough to offer him an emerging player's contract in February.

His big breakthrough happened when he got selected to play for Ireland Wolves against Namibia in Pretoria. Campher scored 45 and unbeaten 62 runs in the T20-series and went on to score a half-century in the one day game. It was based on these performances that he was selected for Ireland.

The need to get out of his comfort zone is why he took up the chance to play international cricket. It is a decision that he has not regretted.

"It is unbelievable to have the opportunity to play against some of the world's best cricketers."

"I love batting. I would choose to bat any time of the week; however, being a bowler also gives me more opportunities to impact the game.

"The reality of cricket is that with every game, there is a chance that you can lose your wicket with the very first ball you face then you are done. I am lucky because as an allrounder in one day cricket I get another sixty balls to try and change the outcome of the game." 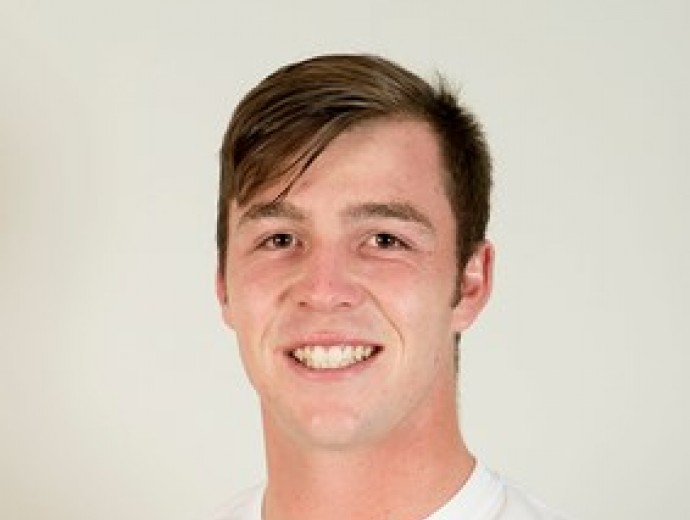