Beautiful, bright and ballsy will be an excellent way to describe Tuks's Danielle van Zyl.

These qualities have led to her continually being able to challenge herself and succeed.

Over the weekend she was second in the 9th edition of Supermodel International Competition. It was hosted in Chiang Mai, Thailand. Last year she represented the Proteas under-21 netball team. To top it all, she hopes to work as a neuropsychologist in a few years from now.

Her dreams are forever continuing. As a netball player, she would love to at some stage hopefully play for the Proteas, and she is contemplating to maybe compete for the Miss South Africa title in a year or two from now. The big thing is to find enough minutes every day to do all. The Tuks student, however, has got her priorities nailed down to a tee.

"The most important thing is my studies. Then it is netball. Being a model is more of a hobby, although it has changed my life for the better. I used to be somewhat of an introvert," explains the Tuks student.

"You can't be a model if you are not comfortable with who you are. You must be able to sell any product while the cameras are focussed on you. Going to the Vogue Model School was what changed it all for me.  It was Valerie Begbie who helped me to be more confident."

According to Van Zyl, competing in an international modelling competition is an experience she will never forget.

"Thailand's people are amazing. They are so humble. What astonished me is the respect they have for other people. They could not do enough for us.

"Getting to meet the contestants of the other countries and learning more of their culture is something I shall cherish. I was surprised that there was never a moment of bitchiness between any of us. We were supporting each other all the time.

"If I am allowed to thank anyone it would be Marilize Brandt who designed all my dresses. Her creativity certainly did make a difference."

Van Zyl admits being a model, and serious about sport could be perceived to be a bit of a contradiction.

"From a modelling perspective, being actively involved in sport is frowned upon. That is why at first I felt that I might be to 'fat' actually muscular to compete internationally, but then again, it has always been important to me to find a balance in life.

"For me, it is never going to only go to be a case of playing netball or being a model. I love doing both. The challenge is to think about what I am doing. I can't afford to become too muscular as it would impact on my modelling."

Van Zyl's next big challenge is to make sure she is good enough again to play for the Jaguars in the national Telkom-series. The selection trials for Gauteng’s Jaguar and Fireball teams are next weekend. The Tuks student has been playing as goal attack for the Jaguars for the last two years. 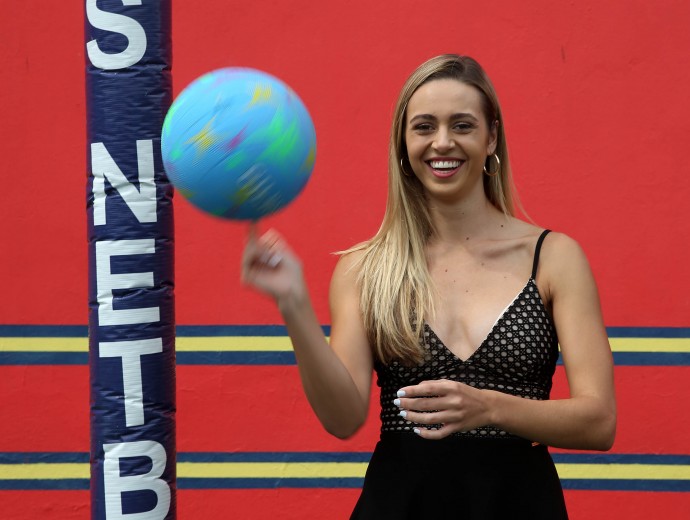