The one challenge the Tuks computer engineering students Cornelius and Waldi van der Linde can't resist is problem-solving that is why they have taken to playing chess.

The twins are not too bad at it. Ever since they made their first move more than ten years ago, they have nearly mastered the art of putting opponents in checkmate. Two weeks from now they hope to use their skills to help Tuks win the USSA Chess Tournament for a third consecutive year. Rhodes University is hosting the tournament.

From when they can remember, the twins had an affinity for maths. It is trying to solve the seemingly unsolvable that excites them.

"Problem-solving means engaging in a task for which the solution method is not known in advance. To find a solution, you must draw on your knowledge. Through this process, you will often develop new mathematical understandings. It is pretty much what playing chess also entails," explains Waldi van der Linde.

"We used to get up quite early on weekdays so that we were able to play at least one game of chess before going to school. Our biggest challenge was to try and beat the computer. These 'battles' got so heated that my dad needed to buy extra fans to cool the computer down."

According to Waldi van der Linde what got him hooked is the challenge to be one move ahead of his opponent at all times.

"You got to be able to preempt what your opponent's next move is going to be. The thing with chess is that you really got to think before you do. Once you have executed, there is no changing it. In chess, you 'live or die' by the decisions you make."

Cornelius van der Linde added that to be competitive in chess entails quite a bit of studying. Apparently, the more knowledgable you are beforehand, the better the chance of getting a psychological advantage.

"I have found that you can rattle some players when you make a particular move, but you are only able to do so if you had done your homework. That entails studying up on the plays that made the masters of our sport unbeatable."

It is not unusual for a chess match to last more than five hours. The question is, how fit does a player need to be focussed for so long?

"There is definitely such a thing as being chess fit. I would say as a 'couch potato' you would be able to be competitive for about 90% of a game. Unfortunately, it is the end game that matters. That is when there are only a few pieces left on the board, and your king becomes a strong piece. Every move matters. One mistake and it can be game over," explains Cornelius van der Linde. 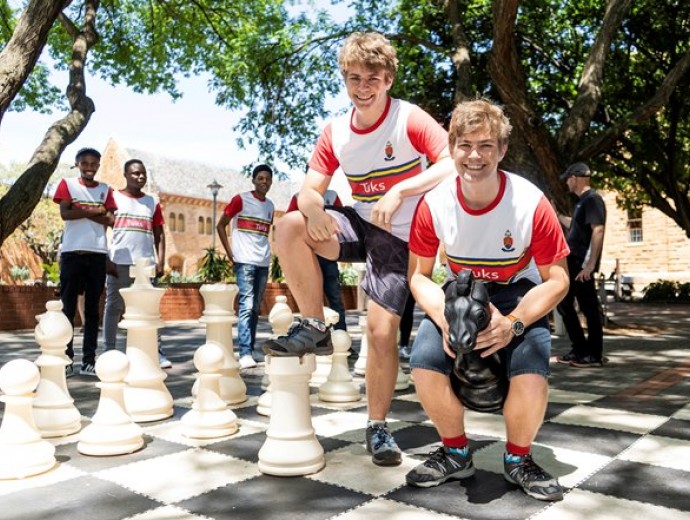