University of Pretoria (UP) Sports Management lecturer and South African hurdles champion Louis Jacobus van Zyl is one of 25 people selected out of 65 applicants to participate in the 7th intake for a Master’s degree in Olympic Studies at the prestigious German Sport University Cologne.

The 34 year-old lecturer who retired from professional athletics after the 2018 Commonwealth Games  was selected from high-profile applicants from across all the world. The German Sport University Cologne (Deutsche Sporthochschule Köln) is Germany’s largest and most prestigious centre of teaching and research in physical education and sport science. It prepares students for professional careers in sport, physical education sport science.

Van Zyl, who holds an Honours in Education Management Law and Policy and a Master’s degree in Education from UP, said: “It means a lot to me to do an MA in Olympic Studies and Education because I participated in three Olympic Games (2008 Beijing, 2012 London and 2016 Rio de Janeiro). With the practical experienced that I have now, I would like to add the theoretical and research part to it.” The decorated runner is the South African record holder (at 47.66 seconds); a former World Junior Champion and a double African champion in the one-lap hurdles event.

His selection for the Master’s degree comes after he recently clocked an unbeaten 47.66 seconds in the 400m hurdles at the Tuks Athletics stadium and equalled a record that he set in Ostrava in the Czech Republic.

He started his international athletics career at age 16 when he won the World Junior Championships in 2002 with a time of 48.89 seconds. Since then, he has run for 17 consecutive years in the sub-50 second category, with a remarkable 168 times under the 50-second margin in his career.

He is currently in Germany attending classes. “Fortunately, attending this course does not mean that I have to quit my job at UP, the course is over two years but I only need to go to Germany two times a year for a week, which will not affect my work.”

Upon completion of this degree, Van Zyl says he hopes to share his knowledge with his Education Sports Management and Higher Certificate in Sport Science students. 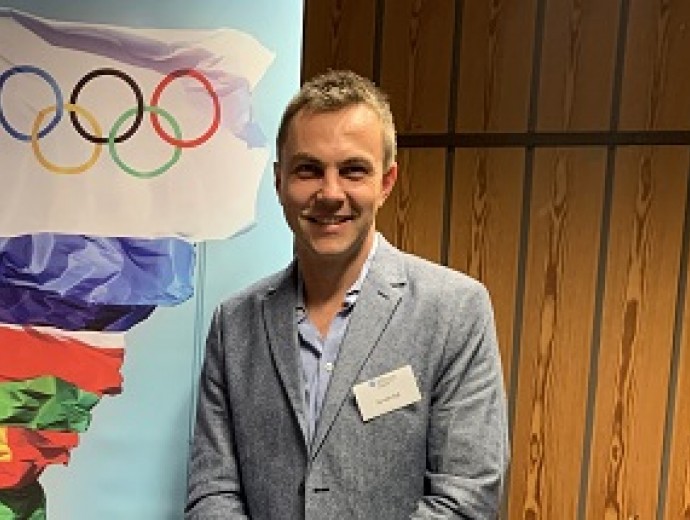